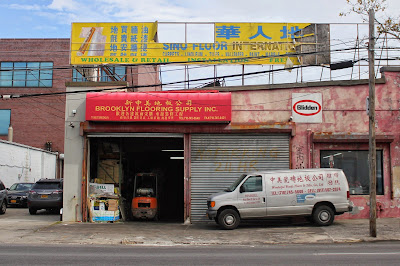 65th from Fifth to Sixth is pathless, so I cut around and back to Sixth via 63rd.  This side of Fifth we're moving into Sunset Park Chinatown and here on 65th it's also borderland Bay Ridge. Sixth to Seventh is a strip of gas stations, auto dealers & smaller auto repair shops.  Ridge names abound.  The titles of the smaller businesses are more appealing - a solid Rocco's or the hopeful Best Yet Auto & Best Luck Auto Sales.  At Seventh Avenue & 65th, the closed-up Americana Diner ("used to be good in the eighties" ) is set to turn into a supermarket. 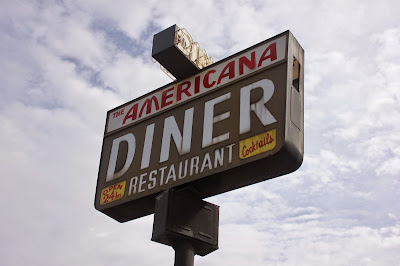 The block it sits on is thick with plumbing, heating, furniture & flooring businesses, and more auto supplies.  On the north side there's the big East Harbor Seafood Palace, which always seems busy.  Next to it, a soccer field, part of a long strip of park & recreation grounds running between 65th & 57th from Fort Hamilton Parkway west to Second Avenue.  When I walked by a middle-aged Chinese guy was lying passed out on the grass.  Across the block, two fine Scandinavian institutions: the Swedish Football Club and the Danish Athletic Club.  Though membership has declined over the years as the Scandinavian population here has dwindled, both clubs are still open, and non-members are welcome at the Danish restaurant & bar.  I recommend a visit. When I went by this week the DAC was closed, but the Swedish club was open, with seasonal greeter standing at the door. 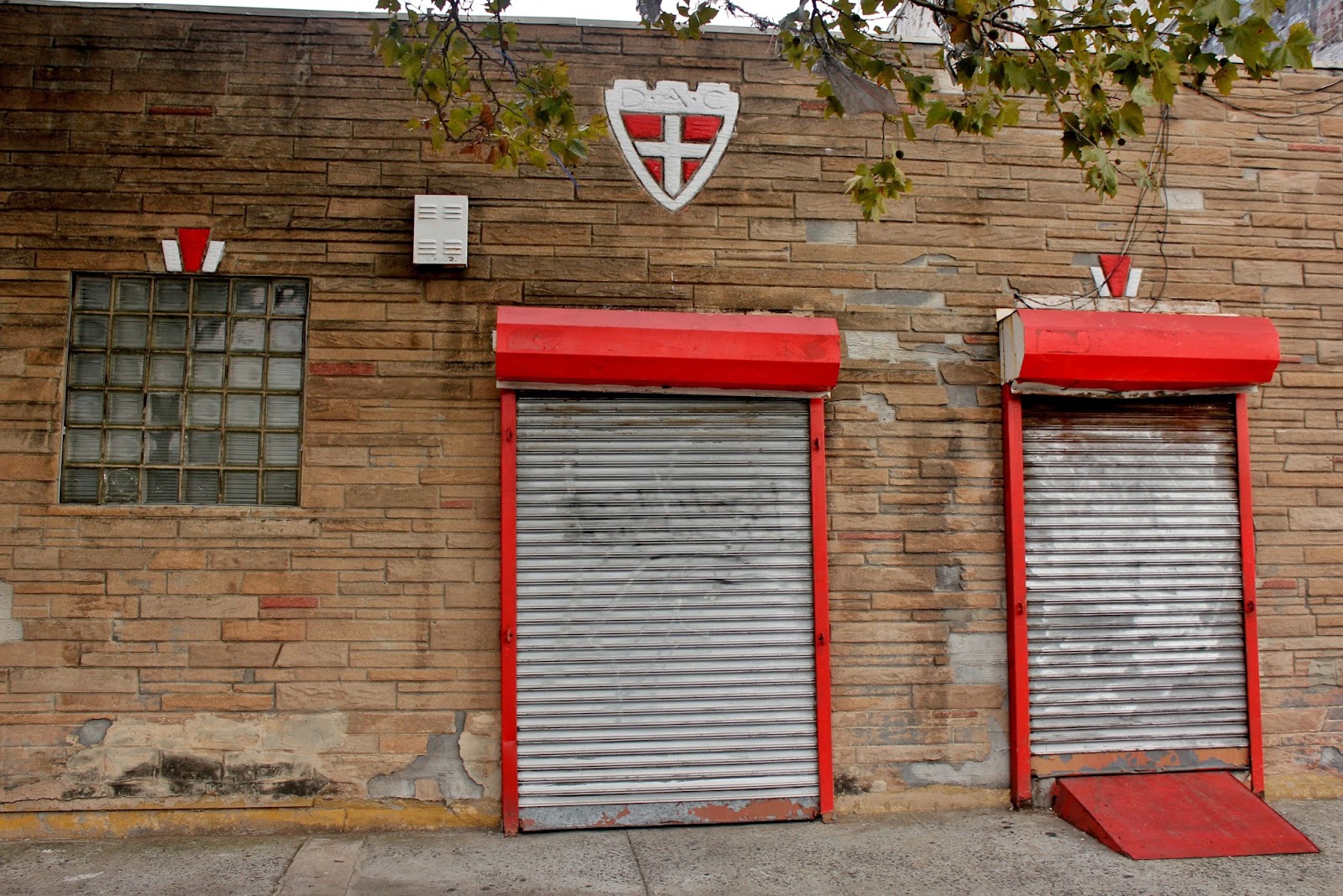 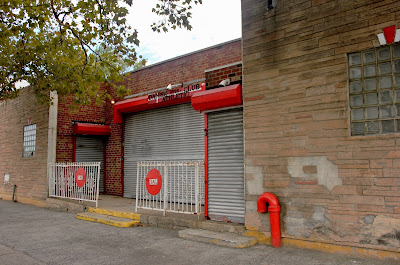 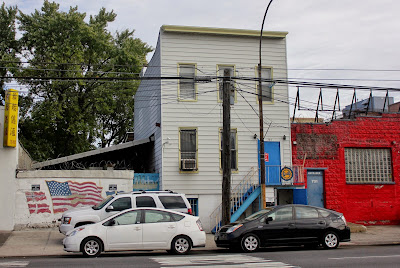 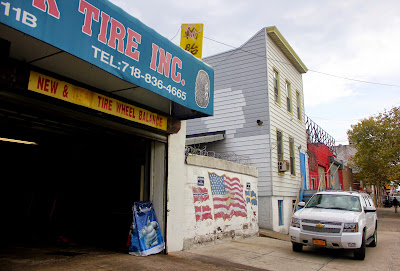 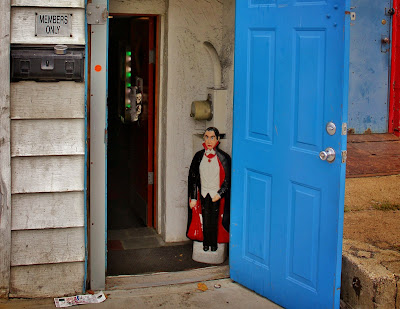 From 8th to 9th most of 65th's northern side is taken up by the John C. Gallo Baseball Field, & the Bay Ridge Gate National Grid station. Across the block, a miscellany of businesses: adult daycare, rehab center, kitchen & bath supplies, flooring, a martial arts center. 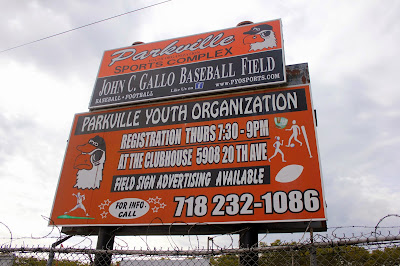 There used to be a gentle landscape mural  at Mohawk Floorscapes, but only a shuttered doorway bears traces of a rural scene. 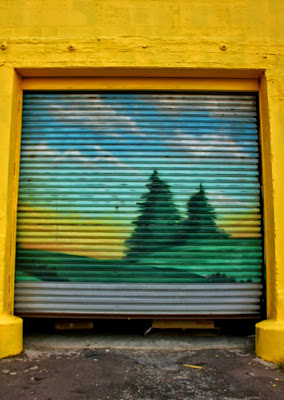 At Royal Aqua World, a woman in front of the store lifted crabs, gleaming & dripping, from a bucket of water. 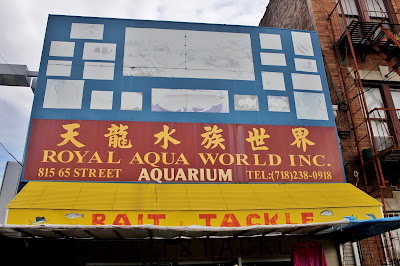 Posted by onemorefoldedsunset at Thursday, October 09, 2014