I always enjoy walking down 19th Street between Fifth and Fourth Avenues. I'm particularly drawn to a group of small houses on the south side - nos. 198 - 204.  They've appeared on this blog before. You can see them below, in pictures taken over the last several years.  There are three back-houses shown here, and another (out of the picture) behind 196.  There are still a number of back-houses in this part of Brooklyn, but four in a row is quite something.  Well three in a row, because 204 (far left) became steadily more derelict as time passed and was finished off this year. 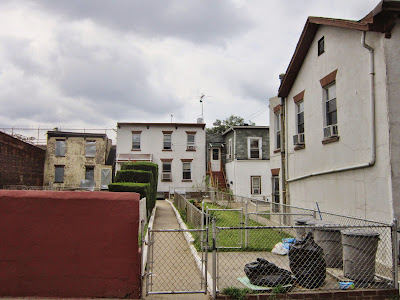 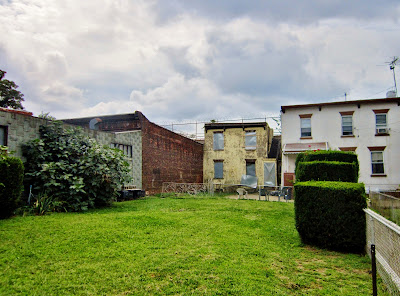 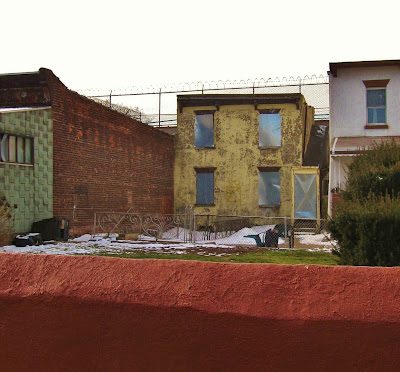 I was drawn to 204, and wondered about its history.  I had idle dreams of fixing it up, and living there.  I wondered about the the network of chainlink fences that ran between the four houses, and what the relationship was between the properties. 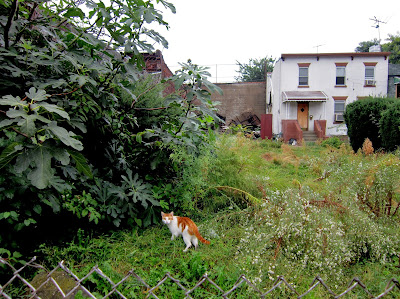 
It was sad to see little old 204 go, but no surprise, and at least the other houses looked sturdy enough to endure.  Not for much longer it seems.  198 - 204 all belong to the same owners, and the DOB site reveals recent (September) demolition permits for the three remaining structures, - 198 up front, 198 Rear directly behind it, and the adjacent 200 (- 202).  This is a big parcel, so expect something large and ugly appearing in the near future.

Up the block at 224A,  a small frame two-storey rowhouse just hit the market at $989,000 & is billed as a "great opportunity for a developer or homeowner."  Cash only please, ladies & gents.

Posted by onemorefoldedsunset at Tuesday, October 14, 2014