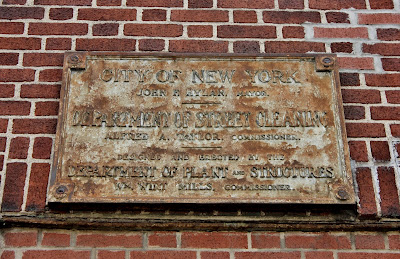 I've walked past the Sanitation Garage at Second Avenue and 11th Street countless times, but I don't think I ever looked up at this sign on it until last weekend. It must date from some point between 1924 -5, with Mills appointed Commissioner of Plants and Structures in '24, and Hylan in office as Mayor of New York until 1925. Taylor became Commissioner of Street Cleaning in 1921. I couldn't find a photograph from this period, but here's one taken in 1934.  I believe the sign is there in the picture, above a doorway on the Second Avenue side of the corner. 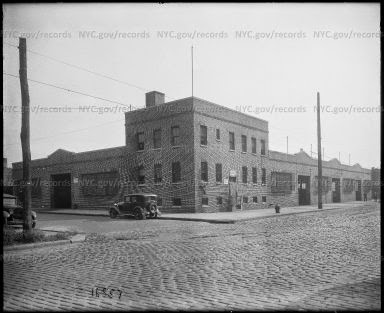 I should have just run down to Second to recreate this shot today, but for now a woolly Google Earth picture will have to do. 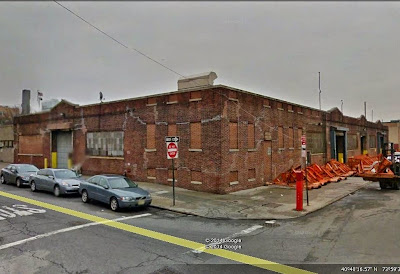 As you can see, the cobblestones have vanished and the cars are distinctly more mundane.  The building has lost some of its height, and the windows, and that doorway at the corner are now bricked up, but the sign is still there, some ninety years after it was first put up.

Posted by onemorefoldedsunset at Wednesday, October 08, 2014