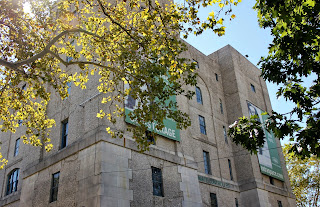 At Second & 64th, the giant Extraspace storage warehouse. This was the New York State Arsenal from 1926 to the 1950s, operating as a storage, training & education center for downstate and New York City Units. 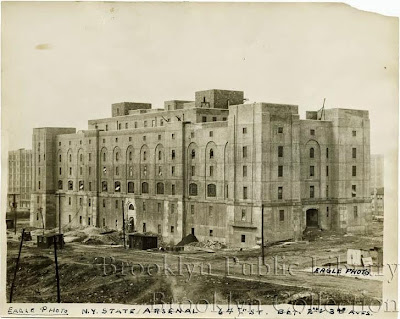 
Turning up 64th to Third, you can see the expressway dividing into two. 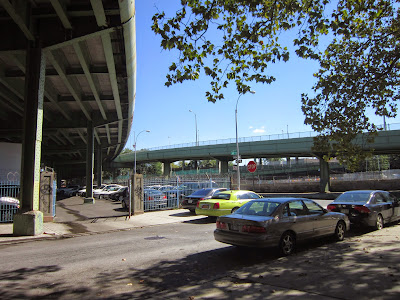 Across the street, right underneath the Belt, the John Allen Payne Park.  The playground here was a WPA project, constructed in 1941: 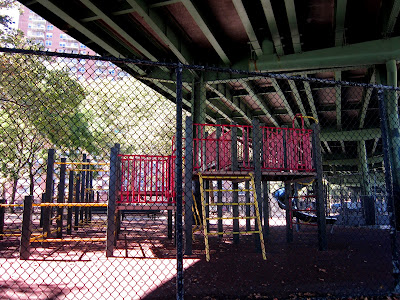 Airy?   Hmm.  From the climbing frame, it looks as if you could almost touch the roadway. When I went by, the park was empty, except for a kid idling on one of the handball courts.  It's a sad location for a children's playground, but a Friends of the Park group is working to make it a safer & better maintained place.  Money has been allocated for the park's renovation.

On 65th, you come face to face with the sentinels to Bay Ridge proper, the vast Towers of Bay Ridge West, one of the two hulking Mitchell Lama high-rises built in the 1970s.  Somehow their form and their name makes me think of some Tolkien urban dystopia. 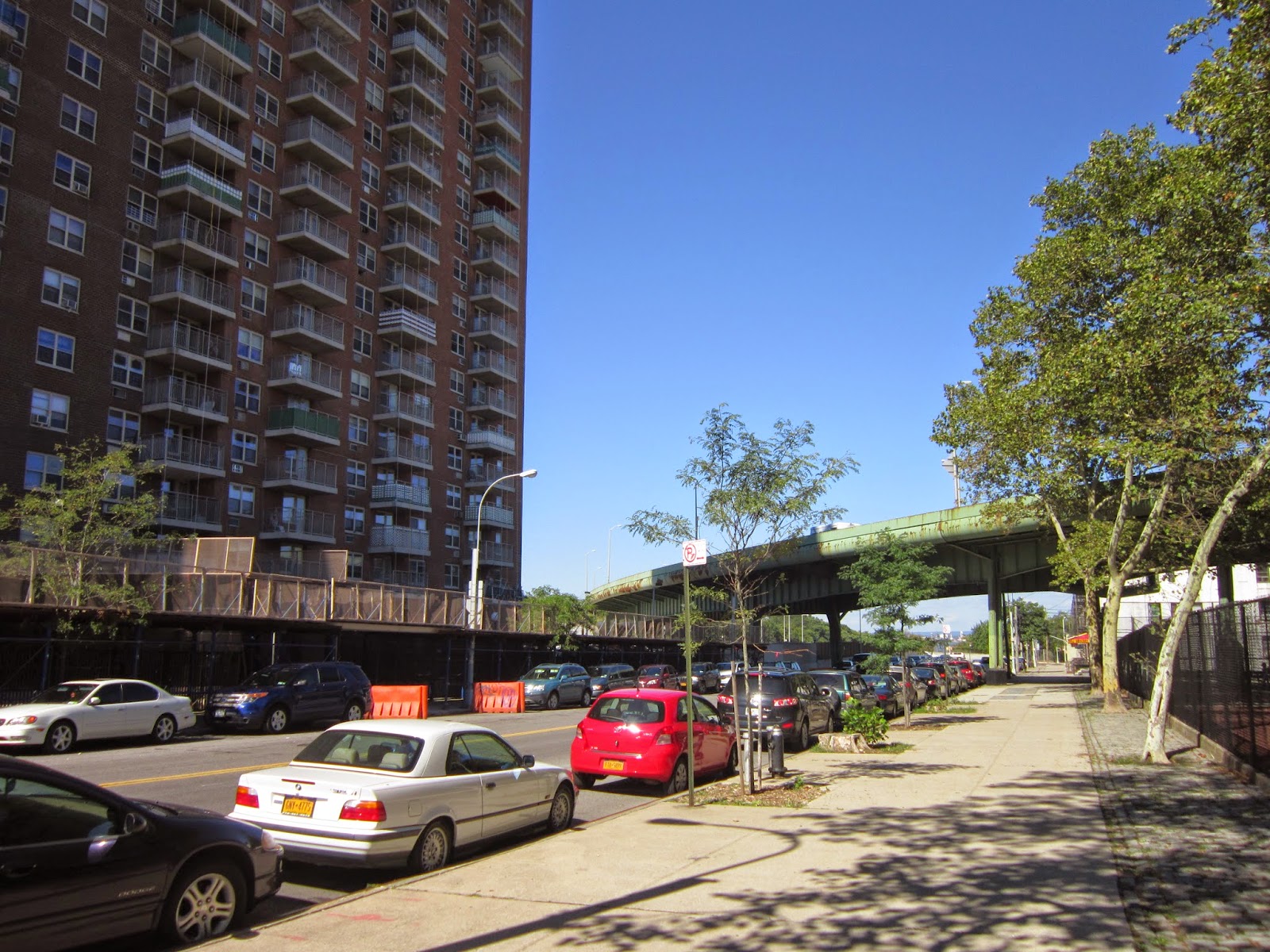 Cross Second Avenue, and peering through the chainlink fence you'll see a more heartening sight - a miniature world of ships, water, railcars, tracks.  On a clear September morning, it's a transit lover's heaven. 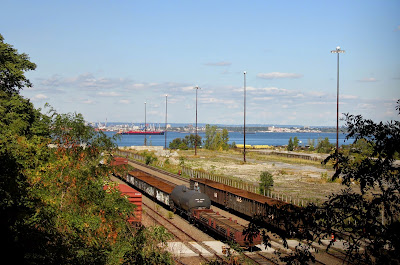 Posted by onemorefoldedsunset at Sunday, September 21, 2014