How Many Sodding Hotels Do We Need?

An eight storey hotel is in the works for 32nd Street, below Fourth & Third (YIMBY).  The architect is Michael Kang, and to get an idea of the way the hotel will probably look, check out Kang's hospitality portfolio.  We seem to be awash in hotels in the Slope/Gowanus/Heights/Sunset Park corridor.  In April I noticed five of them on 38th & 39th Streets alone. The warehouse currently on site at 131 32nd housed P M Belt Corps., a leather belt manufacturer.  The property sold for $2,550,000 in December, 2013.

Farther north at Fourth and 5th Street, Hotel Le Bleu, which was put up for sale a year ago, finally sold at the end of July for just over ten million.  In the vanguard of the local hotel boom, the blue-lit Le Bleu, which opened in 2007 next door to a dialysis center, was marketed as a sexy, boutique destination, with a top floor restaurant, but it seemed to become shabbier with each passing year.  There were stories of bedbugs and ominously stained furniture.  Is it going to get a makeover? 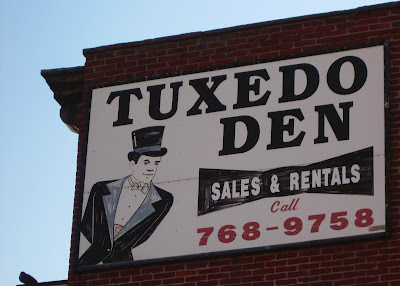 692 Fifth Avenue has just come onto the market, at $2,200,000. The retail space is currently occupied by a deli/grocery.

EXCLUSIVE - South Park Slope Three Story Commercial / Residential Building Prime 5th Ave Corner Building with Two Commercial Spaces & Two Residential Units.This mixed-use building is built full on a 20x80 lot and located on 21st St, one of 5th Avenues best blocks. With 4095 Sq ft. and the possibility to add additional buildable square footage, this tiered design provides space for a couple roof decks some with city views. Your options are limitless. Located in one of the most active residential neighborhoods with great local and commuter traffic, this property is a great investment opportunity and an excellent choice for an eatery or large retailer.

I wonder what will happen to the elegant man who still watches over 21st Street, even though his clothing & limo business closed some time ago.  He's always been a welcoming sight when you head down Fifth.


Posted by onemorefoldedsunset at Wednesday, September 17, 2014