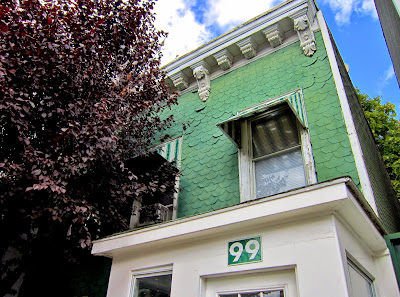 Dream houses.  The small, wooden ones, that by luck and location have quietly survived a century and a half of history.  The quiet corners where they're been passing the years are getting busier and busier these days.  Some sit on lots too lucrative to allow their survival much longer, and some are sold for millions, fancied up and shown off in glossy design mags.   Some stay with their faithful owners for decades, despite their sticker price.  And some still rest incognito, in parts of the city that the real estate Christopher Columbuses have not yet discovered.

Here's a house I covet.  This one's in red-hot Gowanus, on a mixed-use block between Third and Second.  It's next to a taller frame building, and the two together, so different in size and shape, complement each other perfectly.  What a glimpse of the past.  These two are down the street from a group of low dark-brick houses that always remind me of two-up-two-down northern English terraces.  Green number 99 looks slightly worn but well kept, wearing its period details lightly, without a lot of fuss.  I hope it stays in such obviously good hands for decades to come. 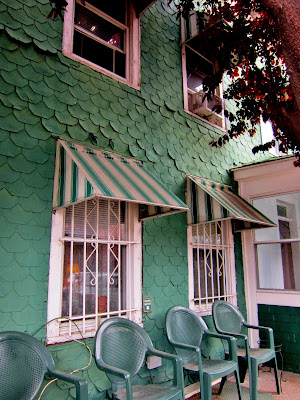 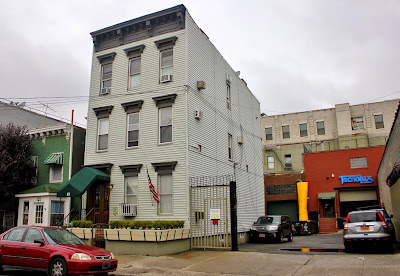 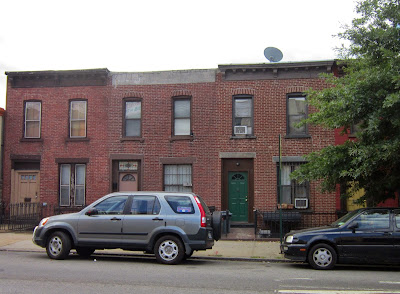 I looked online to see if could find any mention of  number 99, and came across it, along with 101 14th and two of the brick rowhouses, in the appendix of Gowanus Canal Corridor, a 2008 Columbia University graduate historic preservation study.  They're listed there as Corridor Buildings of Historical and Architectural Significance. It's an interesting study, and I've thought about finding out what's happened to all the rest of the listed buildings in the last six years.
Posted by onemorefoldedsunset at Friday, September 26, 2014