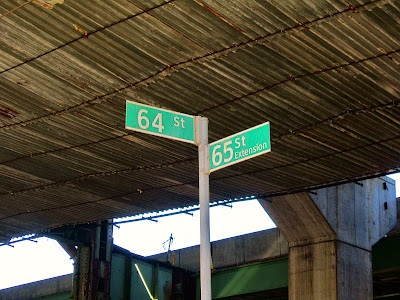 Between 61st and 65th Streets Third Avenue is split in two, truncating 62nd to 64th, and creating a triangular patch of land hemmed in by avenue and expressway.  Most of this is taken up by the Father Tom Joyce Sports Complex.   In the 1970s, the pastor and parishioners of Our Lady of Perpetual Help (Fifth Avenue at 59th) turned vacant land into soccer fields, where the O.L.P.H. teams have played ever since. You can cut through the park from one side of Third to the other. 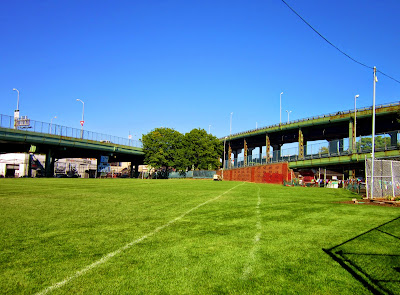 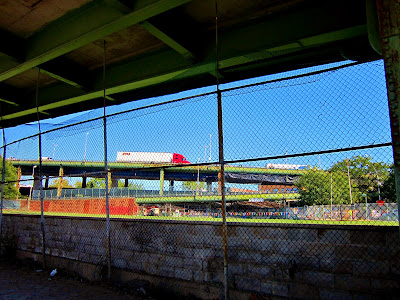 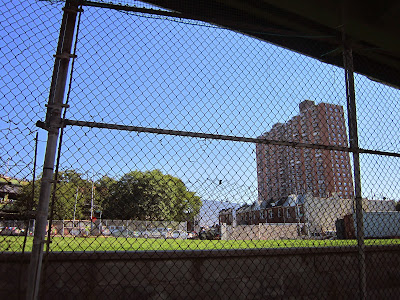 When I went by a man was mowing the ballfield, and the smell of freshly cut grass filled the air. Adjacent to the Father Joyce Center and right off a northbound snippet of Third, there's a small piece of Moses-marooned 64th Street. In front of the few brick houses huddled there, there's a sliver of green, with a fair amount of garbage in the weedy edges.  To the left, soccer pitch & Belt.  Ahead, the great elevated divide.  To the right, an in-your-face close-up Gowanus expressway roaring by.  This is some strange world. 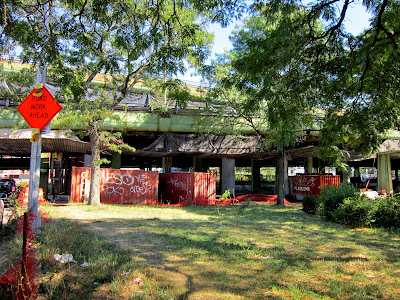 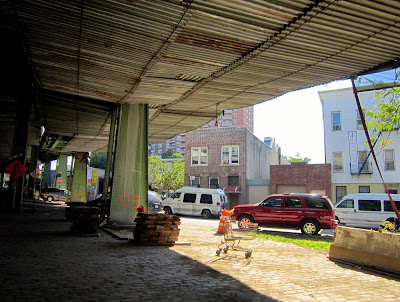 You can look across the roadway and see the 63/64 community garden! 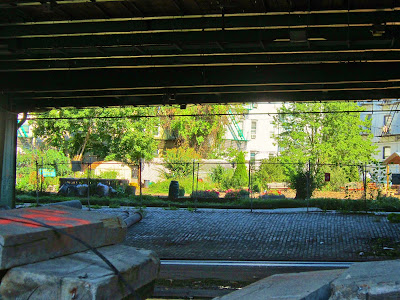 Around the corner, a couple of business ads. 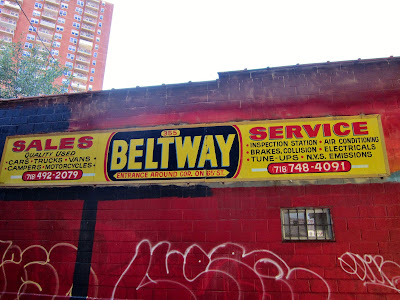 I wanted to get some better pictures of the 64th houses, but on a warm day, there were kids playing outside, neighbors chatting over a fence, and a woman sunning herself in a driveway. I kept my camera down.  But I took a Google Earth shot. The small brick houses were built in the twenties, and there's one for sale right now for just under half a million. 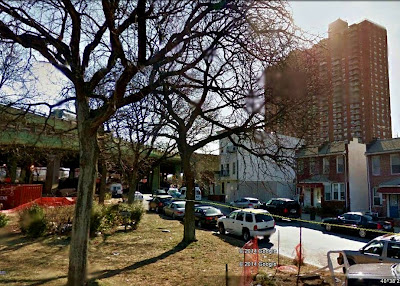 Posted by onemorefoldedsunset at Monday, September 29, 2014