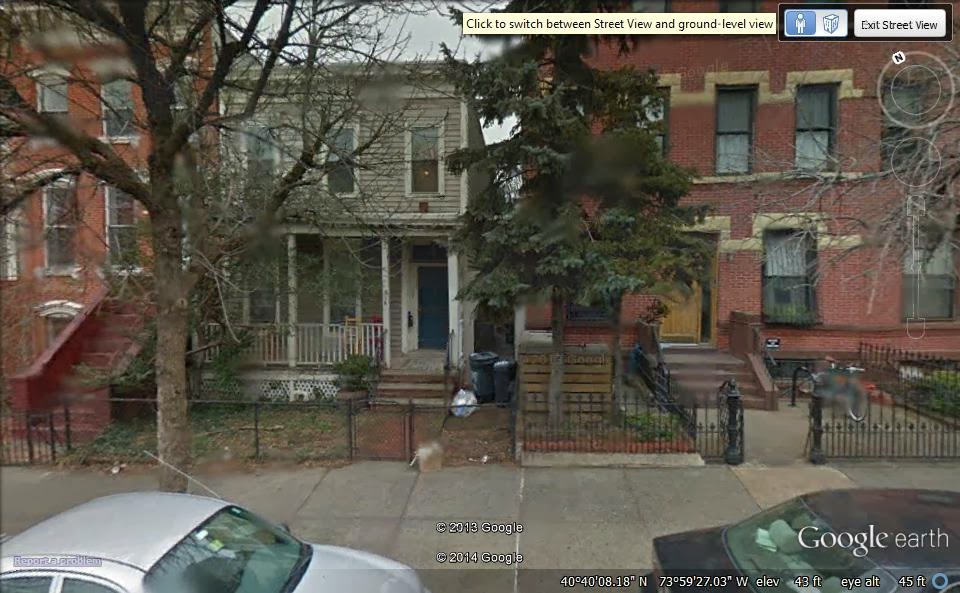 The house is only 19' (or 20'?) x 26', but it's a beautiful old place, standing when much of the land to the east, going uphill to the park, was still being parceled into building lots. It's only a few yards from the path of the old Gowanus Road, which crossed Fourth Avenue at 12th Street as it headed down to Third. 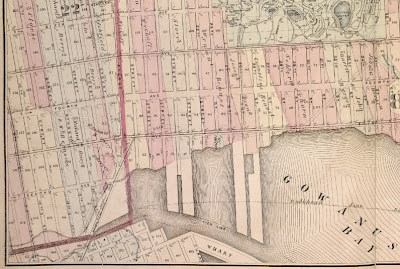 
What does the future hold in store for 205, tossed onto the bobbing waters of the housing market? Will it be bought all-cash by a Wall Street couple keen for a piece of Gowanus action, who pop it up and out in as many directions as zoning permits? Or will it (heaven forbid) get torn down and replaced by another four storey plus penthouse number?  I wish it had stayed quietly out of the action.


Posted by onemorefoldedsunset at Monday, September 01, 2014