I have to thank my ever-trusty Queens correspondent for not only alerting me to this rather, er, unexpected Mick Jagger video ("When did Margaret Thatcher start writing songs for the Stones?" a Youtube viewer asks), but also tracking the route Mick takes through New York.  Bravo!  At first we thought (hoped!) Mick might be jogging on the BQE, and were all set to send the video to the appropriate specialist, but on closer examination, we realized we were mistaken. Here's the Let's Work breakdown:

Mick begins his journey in Yonkers, on the New York State Thruway, right by the Yonkers Raceway/Empire City Casino. 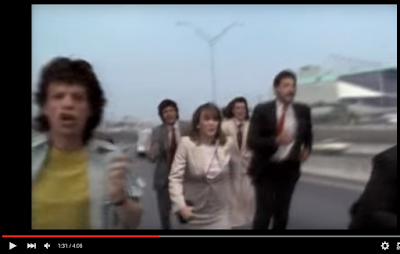 Mick continues running down the Deegan, under the twisting ramps of the Hamilton Bridge. 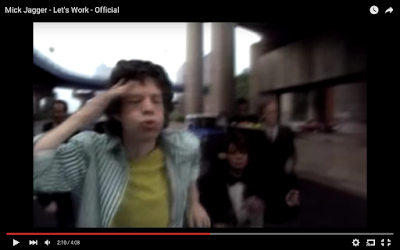 Mick concludes his run in lower Manhattan on the FDR, near the South Street Seaport (with the World Trade Center in the background). 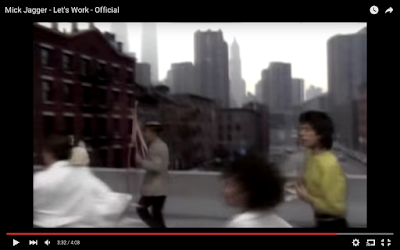 Our reporter would like to have identified what he believes to be a stretch of the Bronx in the video, but he was not able to pinpoint the specific location. Still, he is impressed (as am I) that Mick starts off in Yonkers, and b) follows a direction-appropriate route south. And how about the opportunity to reference both Mick Jagger & the Major Deegan in the same post?  What an unlikely delight!

Postscript:  I just remembered that Our Man in Queens sent me a Deegan report back in 2013!  How could I have forgotten the dismembered John Doe, sprawled on a rooftop?  You can see the horrid sight right here.

Posted by onemorefoldedsunset at Tuesday, February 09, 2016

Impressive piece of music video scholarship. If I were making a music, I think I'd have chosen the Harlem River Drive to the FDR. I wonder how long it took Mick's people to get the permits. Or did we care about those things in those days?