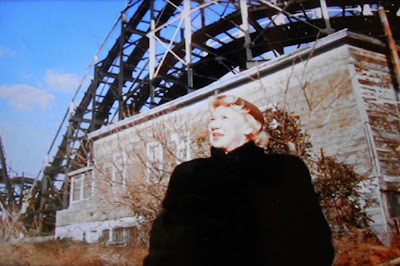 The current exhibition at the City Lore Gallery, Boardwalk Renaissance: How the Arts Saved Coney Island , includes the film short gem Under the Roller Coaster (2005), directed by Lila Place.  An accompanying text describes the context of the film:

The Thunderbolt rollercoaster opened in 1925 and ran for nearly sixty years until it was razed in 2000.  Beneath its wooden tracks was the Kensington Hotel, the fictional childhood home of Alvy Singer in Woody Allen's Annie Hall, and an inspiration to countless artists and photographers through the years.  In reality, Thunderbolt owners Mae Timpano and Fred Moran lived in the Thunderbolt, their living room rattled by the coaster with every ride. 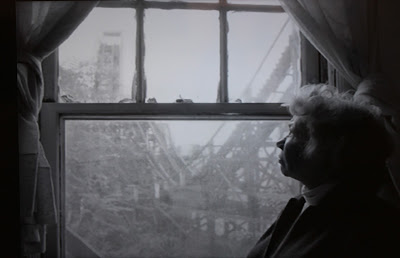 The exhibition, which opened in November, runs through May 8th.

Posted by onemorefoldedsunset at Sunday, February 28, 2016