The NYC Municipal Archives has a small but riveting collection of DOS photographs in its online gallery. This one has an intriguing caption: 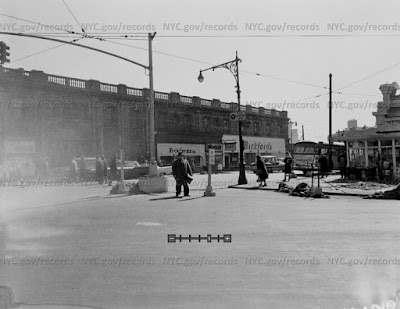 They weren't kidding about the size of the basket.  Litter Bug figures & giant metal garbage bins were part of a 1960 anti-litter campaign, Operation Litter Bug.  The baskets invited citizens to Cast Your Ballot Here For A Cleaner New York.

I don't know if the Times Plaza location was ever selected for the campaign, but the Basket popped up in plenty of other places. 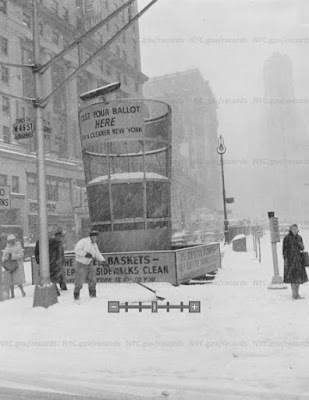 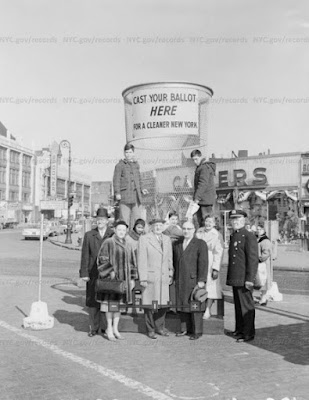 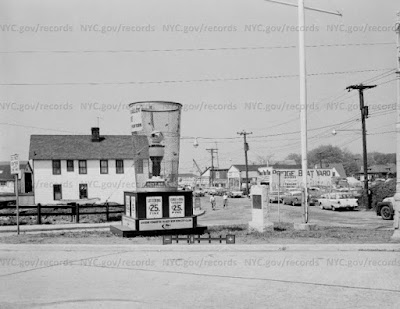 Here's a pic from the opening reception (model gamely posing in a boringly regular receptacle), 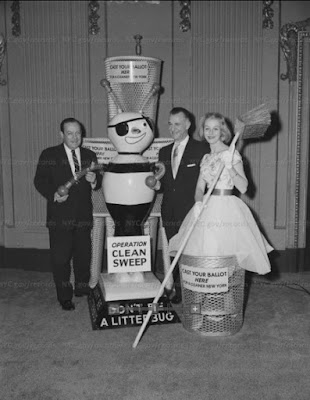 and here's maybe my favorite shot - a scene in which the Bug stands atop a row of (almost) empty telephone booths in the S.I. Ferry Terminal.  Why is the Bug facing sideways in that sinister manner, and who is the solitary figure perched in the booth? 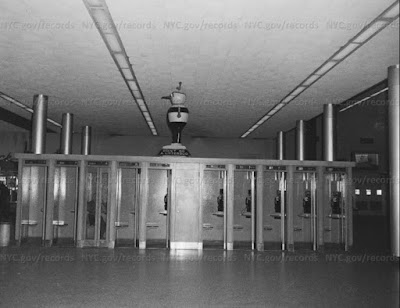 Truly this picture is the stuff of nightmares!!


Posted by onemorefoldedsunset at Friday, February 19, 2016