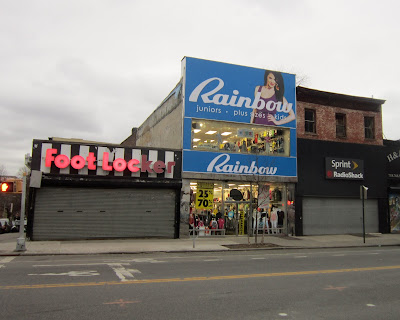 Without really thinking much about it, I always assumed that budget retailer Rainbow was a product of the 1970s.  Well, yes & no.  The company was founded in 1935, by Austrian-born Irving Swarzman, who brought four of his brothers into the business, and built up an empire of eighty-two stores.  The Swarzmans sold the business in the 70's and it is currently owned by the Chehebar family. Rainbow is still based in Brooklyn, but is now a national chain, with around 1,300 stores.
The Library of Congress digital collection reveals some rather stylish Rainbow images from 1945 - a spare contrast to today's crammed-to-the-gills looks.  And here's a nice snippet from 1938:

The employes of the Rainbow Shops of New York will give a testimonial dinner-dance in honor of Irving A. Swarzman, founder of the Rainbow Shops, and his brothers, Nathan, Ira, Herman and Oscar Swarzman. who are on the executive staff, this afternoon in the Isabella Room of the Half Moon Hotel. Chairman of the affair Is Charles Zahn. ( Brooklyn Daily Eagle) 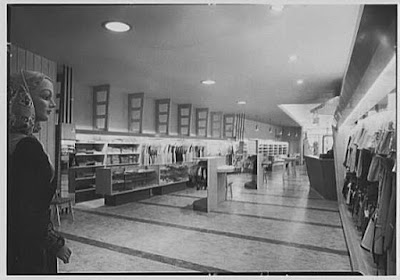 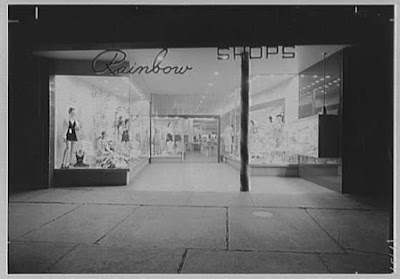 The store pictured above, at 1267 Broadway (Bushwick), no longer exists, though today there are two other Rainbows close by on Broadway. 530 Fifth (top picture) was purchased by the Rainbow company in the 1990's, though I have fuzzy & probably inaccurate memories of it having been there a while longer. In earlier days there was a tavern at this address, and in August of 1900 injured motorman Henry Walsh was carried there after a trolley collision at Fifth & 9th. The accident was attributed to Walsh having suffered from heat exhaustion.


Posted by onemorefoldedsunset at Monday, February 08, 2016