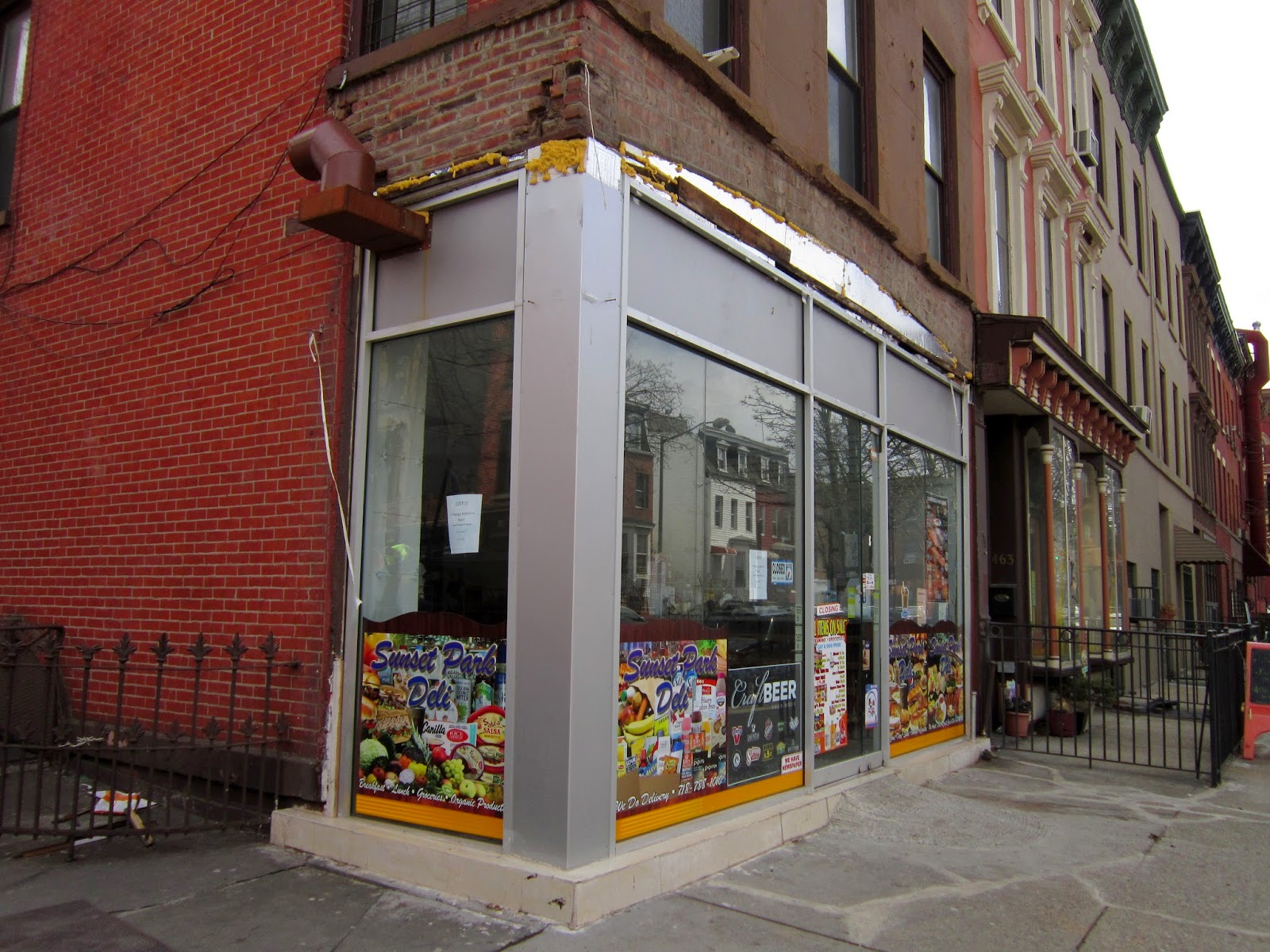 About this time last year the longtime Estevez grocery store, at 10th & Sixth, closed down, and to my surprise, several months later, the Sunset Park Deli appeared in its place.  The name of the store itself was either quite out of touch for its location, or absurdly ahead of the curve trend-wise (the latter unlikely). It didn't bode well. The deli started out as a 24 hour business, though I think it curtailed its hours after a while.  I often passed the store in the late evening, and there was barely ever a customer inside.   Quite often you'd see a worker sitting outside, killing time. I felt bad for the business.   Corner stores don't have the custom base they used to, unless they're on a busier avenue, like Fifth or Seventh.
Sunset Park Deli closed quietly, within the last day or two. 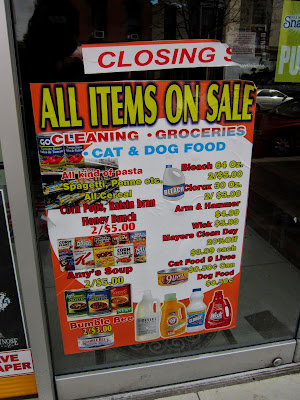 
Posted by onemorefoldedsunset at Wednesday, March 25, 2015