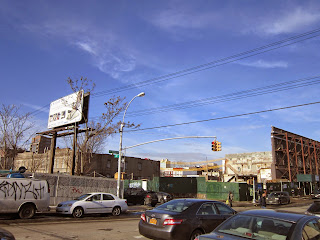 The other day I found myself back at 6002 Fort Hamilton, where "alterations" to the former Borden Dairy building are ongoing, consisting thus far of tearing down the whole fucking building except for two external walls.  You have to hand it to the DoB for the permits they approve & the sites they monitor.   Right next door to it another building is set for change.  Developers of the beautiful Comet Laundry building, at 945 61st Street (seen at left in photo above, and below)) have permits in place for interior demolition and in process for conversion to an "eating & drinking establishment." I hope the building will be treated kindly.  Neither the Comet or Borden buildings have (had) landmark status, which is a shame considering how attractive they are (were). 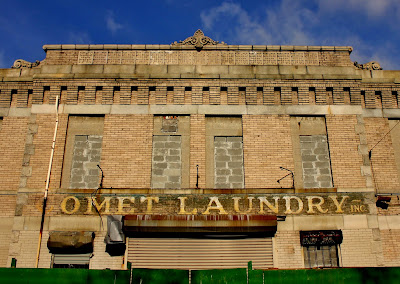 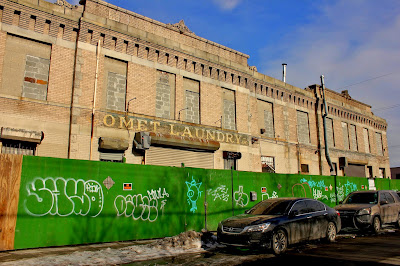 A block east, there's another, smaller, former laundry warehouse that's looking vulnerable. 1011 61st is currently home to the TNS collision shop, and VIP Snacks, but once the Arrow Linen Supply Company operated here, and a C of O in the 1920s identifies the business in place as Priscilla Laundry. If you pass by, you can see that the taller of its pitched roofs is sagging (more easily observed in person than in the photographs here), and there have been some serious complaints about its structural integrity.  The front of this building is quite unusual - was the standard warehouse structure behind it tacked on later?  I like its dark brick & its vaguely European, vaguely Arts & Crafts feel.  It deserves to be looked after. 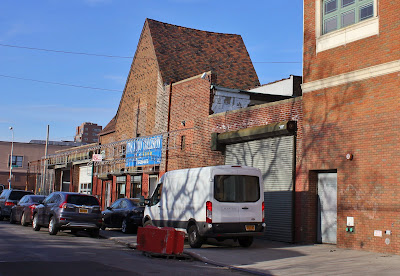 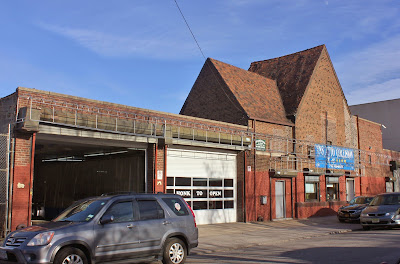 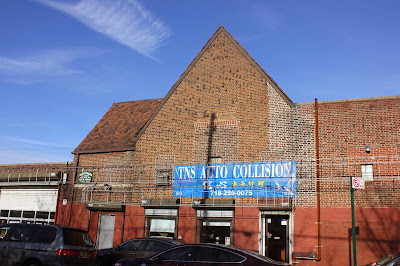 Posted by onemorefoldedsunset at Thursday, February 12, 2015

Ah, what a shame. I used to live over there, and would walk past that Borden Dairy building every day, thinking it would be awesome to rehab it into...something. And now I'm sorry I never got a chance to check it out from the inside.

That whole stretch of Ft Ham is seeing such wild development, can't imagine many of those interesting buildings will be left soon.