Ah, the arcane world of ice cream.  The New York Times just ran a story about the midtown turf war between Mister Softee & New York Ice Cream.  I much preferred New York Ice Cream's original choice of business name before it was forced to change it - the cap-doffing Master Softee! - and find the new one depressingly mundane.  But there are other pretenders still plying their trade on city streets, playing the dangerous name game.  M.ster (Ice Cream) Softi has been around since at least 2011, when I spotted two Softee trucks trailing a Softi on Fifth. I noticed a M.ster ice cream truck doing the rounds today, and took a picture of it.  It looked much like one I'd photographed five years ago, except for a small but significant change. Now it was plain old M.ster (Ice Cream) Soft.

A final vowel can be much too much trouble to hang onto. 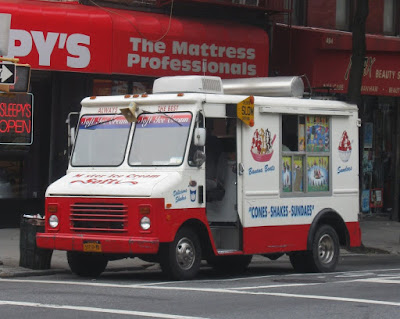 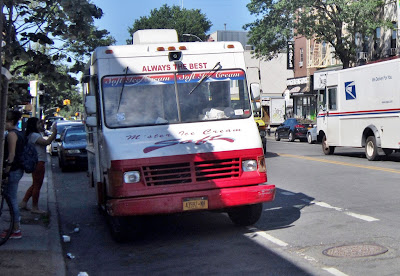 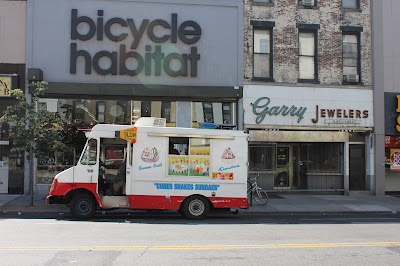 
Posted by onemorefoldedsunset at Wednesday, June 15, 2016