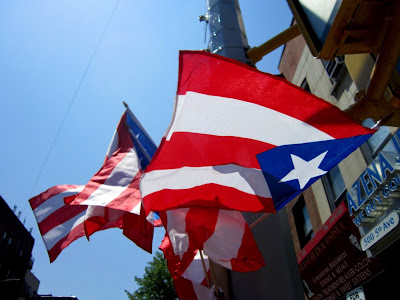 How will the MTA's future repairs to the F tunnel impact riders? (Brooklyn Paper)
And today's answer - apparently the tunnel will only be closed on weekends (Brooklyn Paper)

Buses just not sexy enough for gentrifiers: Executive Director of Friends of the BQX Connector Ya-Ting Liu talks to Gothamist:
“Part of what makes this model really exciting is that it's 100% financed through this tax increment financing model,” Liu said, referring to the idea that the rising property values from all the development along the waterfront will fund the streetcar. “You don't have that value captured from buses.”

At last week's TerraCRG real estate summit, landlord attorney Michele Maratto Itkowitz gave advice for real estate professionals seeking to "de-tenant"occupied & rent-stabilized buildings. (The Real Deal)
“I like demolition eviction and I’d just like to see people do more of it,” instead of frivolous and sneaky tactics that lead nowhere, Itkowitz said.
“I don’t understand why more landlords aren’t doing it,” she added.


Posted by onemorefoldedsunset at Tuesday, June 07, 2016