Just over a year ago the carwasheros at Vegas Auto Spa (19th & Seventh) celebrated a huge victory after they won the right to unionize & were able to secure contracts that included pay raises, paid overtime and protections for immigrant workers.  The victory was won after a long, hard fight, which included workers picketing outside the car wash over the course of a brutally harsh winter. Vegas Auto Spa became the first unionized car wash in Brooklyn. 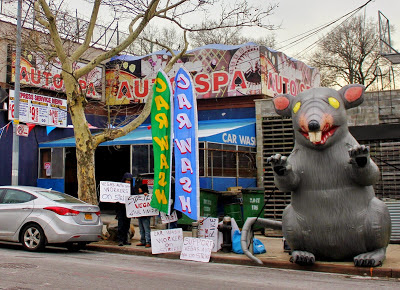 The car wash, along with the adjacent beer store is now being listed for sale for $499,999.

The entire Inventory, equipment, fixtures and furniture are included in the price totaling $435,000.
Make your entire investment back in less than 2 years!!!
The owner Must sell, it is his loss at this price.

Posted by onemorefoldedsunset at Monday, June 13, 2016

Love the way you did it. I am read most of posts but your post is eye catching and content is wonderful about spa.