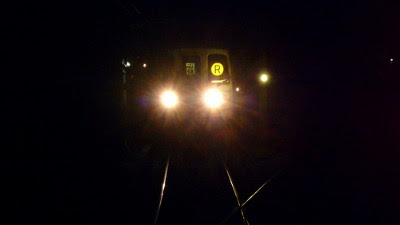 How's your commute?  If you live around here, and your ride involves the R train, you'll know the frustration of slow, overcrowded trains & congested stations. Even in off-peak hours, a wait for for a light in the tunnel, and a train dragging its way into into the station, can seem an eternity. The curse of the R train ride is the stuff of transit legend.

Area resident Randy Karr is petitioning the MTA to increase train service, particularly important in the light of a decade's worth of luxury high-rise building on Fourth, without any major infrastructure upgrades to support the attendant booming population.  Careless planning at best, and at worst ...?

"Since the rezoning of Brooklyn's 4th Avenue in 2005, many hundreds of residential units have been built and many hundreds more are being built or planned. This has increased the population along 4th Avenue by thousands of people, and thousands more are coming. The majority of this recent and new construction is along 4th Avenue between Atlantic Avenue/Barclay Center and 36th Street. The only subway line that makes stops in that section of 4th Avenue is the R train. As one waits for the R train on any of the four stops between 36th Street and Atlantic Avenue/Barclay Center, the D and N trains speed past on the express tracks. Many more frequent R trains are needed."

Please add your support to the petition.  You can sign it here.


Posted by onemorefoldedsunset at Sunday, January 03, 2016

There have been four re-zonings along Fourth Avenue from Atlantic Ave. to Bay Ridge starting when Rudy was Mayor.