Earlier today Crain's revealed  that the new owner of Hamilton Plaza is none other than Two Trees Management. 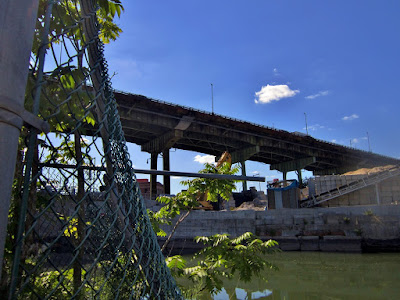 Two Trees is buying one of the properties, a 70,000-square-foot building formerly anchored by a Pathmark grocery store with an attached 100,000-square-foot parking lot, for around $65 million from Hamilton Plaza Associates. It also purchased from Forest City Ratner a long-term ground lease of a neighboring 9-acre property that houses a Lowe’s Home Improvement store and its expansive parking lot. It wasn’t immediately clear what the company agreed to pay for that site, but several sources with knowledge of both deals put the total transaction above $100 million.

Two Trees founder David Walentas is best known for the acquisition and 're-invention' of the waterfront neighborhood of Dumbo  His son Jed Walentas, who now heads Two Trees, has had a hand in many other development projects beyond Dumbo, including the conversion of the Domino Sugar refinery in Williamsburg. He got his start in the real estate business with the Trump Organization. 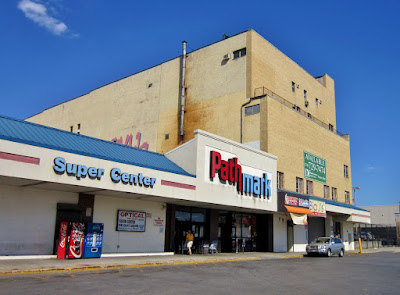 Joyland LLC purchased the lease on Hamilton Plaza in 2015, and bought it outright, for $35M, in 2016.  Most of the space is currently empty. The main tenant, a large Pathmark supermarket, closed in 2016, and most of the smaller, older businesses are gone.  A couple of newer tenants - a gym and a distillery, have newer, longer leases, though it's not known if they'll be staying.  There's a methadone clinic there too; it keeps a low key presence.  The Plaza is in an Industrial Business Zone, and is zoned M 1-2, which allows for warehouse, commercial or office space.  It's a block away from the Sanitation Garage, and an overflow fleet of trucks and plows line the nearby streets.  Little Ennis Playground, right next to the Garage, has always seemed to me an unlikely spot for little kids. It's getting a makeover soon, but that won't change its location.  Will people get sniffy about all those garbage trucks as the area upgrades?  I certainly hope not.

According to Gowanus rezoning studies, this part of the neighborhood will not be rezoned to include new (flood-zone) housing; it will remain industrial.  And a good thing too.  Though Two Trees has something of a knack for winning contentious rezoning battles. So you never know. 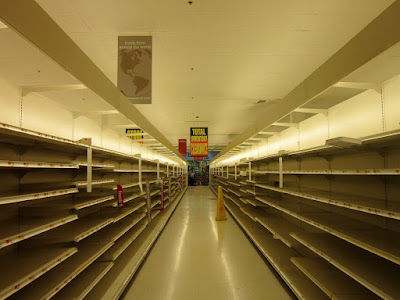 But given that the M 1-2 rezoning stays in effect at Hamilton Plaza and at Lowe's, what can we expect down at the bottom of 12th Street?  With the booming re-invention of Gowanus, and the Two Trees track record, another supermarket catering to low and middle-income shoppers, which many of the Pathmark shoppers hoped for, certainly won't be part of the package.  More likely we'll be getting high-end 'maker spaces' & 'creative' office quarters ("the single biggest thing we learned when we did Dumbo was how important the office component was to creating a real neighborhood") along with some lavish retail amenities. Two Trees will surely put in some sweetener upmarket landscaping features, and this will look pretty, but the overall effect will be to simply accelerate the inflation of leases and property values in the area.  Pretty isn't beautiful until everyone's included.

Given the location of the Plaza and the Lowes site, a Two Trees acquisition will mean more developer promotion of the BQX, and likely some streetcar-related pressure when it comes to the total package of rezoning Gowanus. The BQX is beloved by the Mayor & his developer pals, but local Council Member Brad Lander has been rather quiet about it.  We'd like less fence-sitting, and more straight talk. 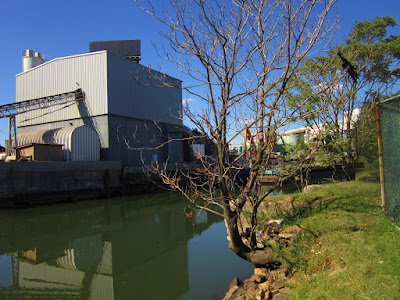 Big J's liquor store will be gone come March.  The prices are good - time to stock up.

(Further reading: that great DNA piece on the Property Players along the canal.  How we miss DNAinfo and DNA alum Leslie Albrecht.)

Posted by onemorefoldedsunset at Monday, January 29, 2018