Plans for been filed for a two-story vertical extension and five-family residence on the existing structure at 379 13th Street, which is situated just below Seventh Avenue.  The ground floor of the current building has belonged to the Iglesia Evangelica Pentecostal for over forty years, though there's been a partial vacate on the building since early 2015.  ACRIS shows no sale on record, but the owner listed on the plan application is Segev Nachom, and the business name is listed as 379 13 Street LLC.  The architect on record for the conversion is Woody Chen, who is active in Brooklyn.  Some of his creations can be seen in the neighborhood. 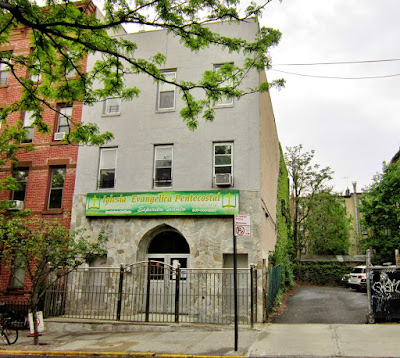 A few doors down, there's still an empty lot where a fine old wooden house used to stand.  371 13th was torn down in 2015.  Plans for a new building have yet to be approved. 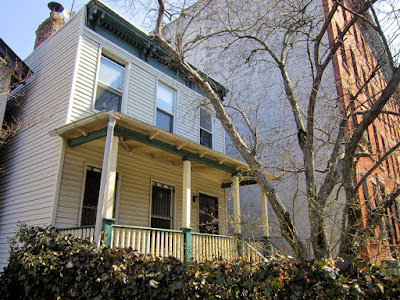 Posted by onemorefoldedsunset at Monday, January 15, 2018