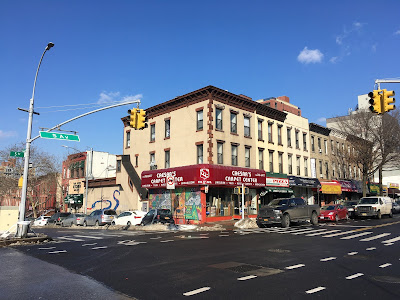 After 25 years at the corner of Fifth & Prospect Caesar's Carpet Center is moving across to the opposite side of the block. 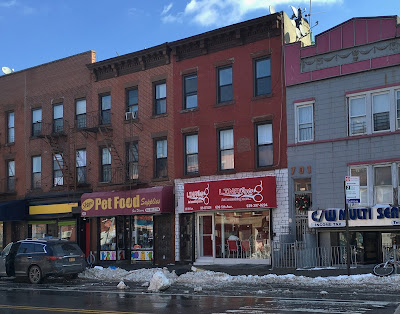 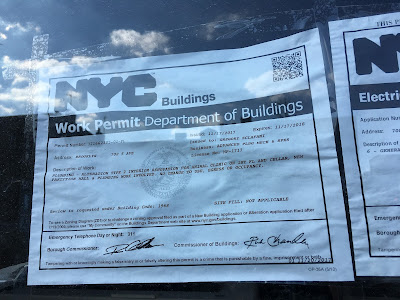 No more drinks at Fifth & 23rd.  Well, maybe water. Mary's bar, around for four years or so, closed in 2016.  Older residents might remember the corner better as home to the Polish bar Smolen.  The next business coming in will be an animal clinic.

A & E Supply Co, the coffee shop/butcher/cheesemonger/restaurant had something of a bumpy ride since its late '16 opening.  Issues with ConEd, a "guerilla marketing" campaign that ruffled local feathers, & possibly its choice of what the owners called a "desolate location" all hindered its success. The store is papered up and the owners are planning a new business model, re-opening "in a few months" as just a restaurant. 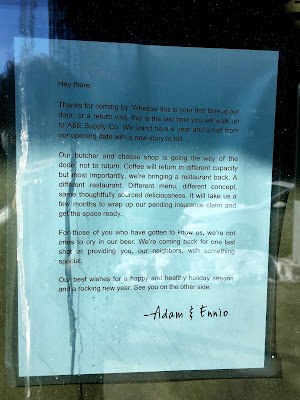 Posted by onemorefoldedsunset at Wednesday, January 10, 2018