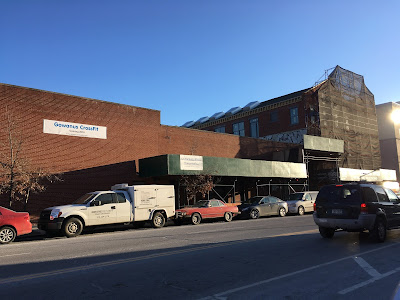 “From Brooklyn Boulders, Brooklyn Aikikai and Court 16 to Gotham Archery and the Brooklyn Fencing Center among others, Gowanus is quickly becoming the Brooklyn playground for those living an active lifestyle,” Shannon Eidman of Compass, who handled the deal for developer Serabjit Singh of 304, LLC, said in a prepared statement. “We’ve seen an increased demand in fitness destinations in the neighborhood, and are excited to deliver that with Gowanus CrossFit both as an amenity for the future tenants of the building as well as to the general public.” (Commercial Observer) 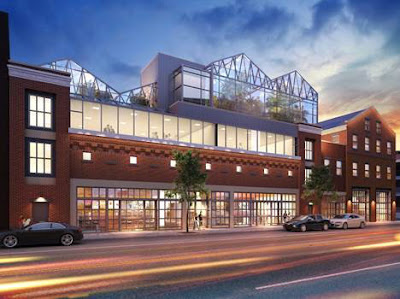 And let's not forget the ax-throwing.  CrossFit will be a part of the five-building "repositioning" at Third between 12th and 13th. The Yard co-working space on 13th, a part of the complex, opened last year.

What strange sensation as building by building, block by block, the streets themselves turn into flat, glossy renderings.

Posted by onemorefoldedsunset at Friday, January 19, 2018