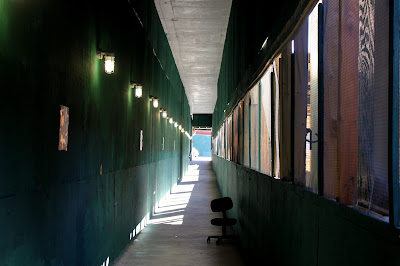 Gentrified Aquarium: De Blasio's Streetcar and the Tale of Two Waterfronts (Village Voice):
Some of these multibillion-dollar projects that the real estate industry is erecting along the water, daring future generations to deal with, were plotted years ago, before Sandy made the city's vulnerabilities to climate change undeniable. Yet Mayor Bill de Blasio's proposed $2.5 billion streetcar, the Brooklyn-Queens Connector, is a creature of 2016, and while it offers a new way to fund public transportation in the face of Albany's intransigence, the method the city will use to pay for it — tax revenues from increasing market-rate waterfront development — is pure global warming regression.

Trolley to Nowhere:  Some sane observations on the Brooklyn/Queens transit solutions we really need (City Journal)

On Thursday, September 15, Gowanus author Joseph Alexiou will be discussing his book Gowanus: Brooklyn's Curious Canal in the 251 First condo sales gallery at 340 Fifth.  The event is from 6:30 - 8:30 pm & admission is free. RSVP to 251First@hpdmny.com. While you're at it, you can ask about the $2,900,000 penthouse currently for sale in the building ...

Posted by onemorefoldedsunset at Wednesday, September 14, 2016