I just came across these Eagle photographs of Fourth Avenue at 27th Street. They were taken in 1909, before the BMT subway line ran along the avenue, bringing with it an apartment building construction boom. A boom then meant buildings in the mostly three-to-five-story range, still allowing residents plenty of skies and views.  In 1909 this stretch of Fourth was half-empty.  PS 172, at 29th, had not arrived on the avenue, though it appears on the 1916 Hyde map of the area.  The (wooden) Norwegian Lutheran church is marked on maps before and after these photographs (1903 and 1916). If you look at pictures of the same views taken over a century later, the scale of buildings is similar, and many of the same buildings remain, including the two wooden buildings prominently featured in the 1909 southward-looking shot. They looked very handsome back then. Looking north today, you can see a Best Western at 26th, and out of the frame at 30th, another hotel is rising.  There are plenty of hotels around here - a surplus of beds built perhaps with other uses factored in? - but the luxury apartment building boom is several blocks north. It will get here soon. 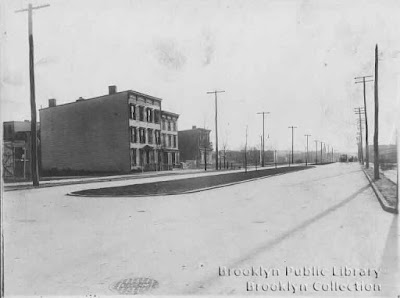 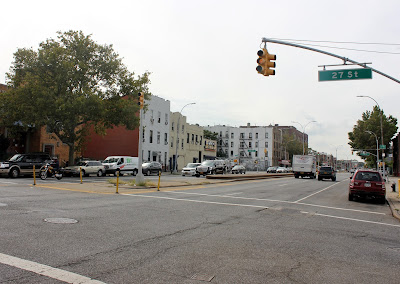 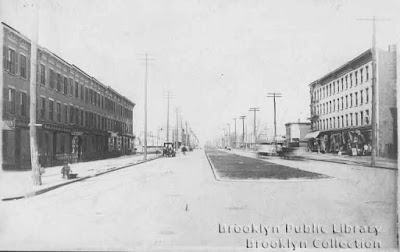 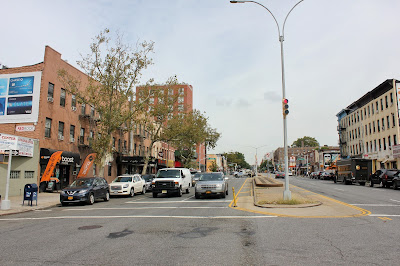 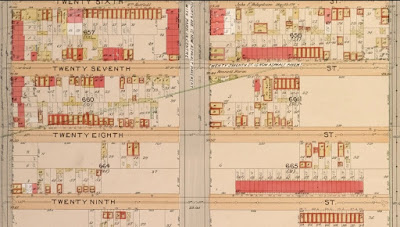 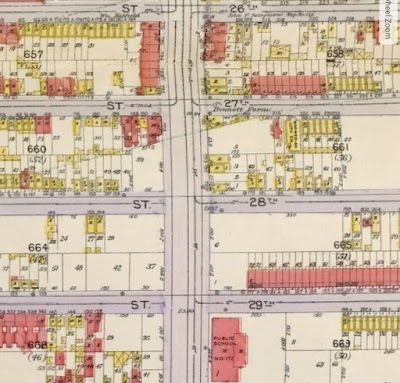 
Posted by onemorefoldedsunset at Wednesday, September 28, 2016

I have read newspaper reports describing 4 th avenue as an impassable river of mud...the first photo is so perfectly quiet. Where is everybody kind of quiet.