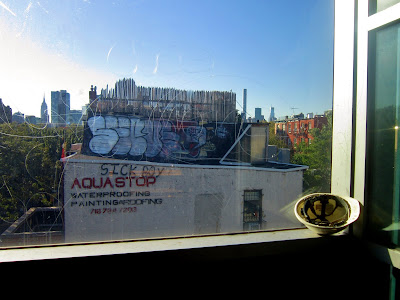 A VR Archive for the Vanishing Haunted House Ride (Hyperallergic)

No-one told CB6 leader about planned Formula E race in Red Hook (Brooklyn Paper)
“It would be insane to think it’s not fantastic because it will bring people here,” said Triciann Botta, who owns Italian wine store Botta di Vino on Van Brunt Street. “It would be great if somehow they knew that I have their celebratory champagne over here.”

Rivington House buyers Slate/Adam America get $41M loan for their development at Fourth Avenue & 15th (their third project within four blocks of Fourth Avenue); still qualify for 421A tax abatement (The Real Deal)

Brooklyn Players: BQX May Make Brooklyn a Winner (Commercial Observer)
“Dumbo has the densest creative worker population per square foot,” Asher Abehsera, the chief executive officer of LIVWRK, said at Commercial Observer’s “Brooklyn Renaissance” panel this morning.
... Abehsera chimed in to advocate for the connector so visitors from Queens would no longer have to cut through Manhattan to reach Brooklyn. He also stressed the need for better schools in the borough, as more families move in and “the boundaries of Park Slope keep expanding.”

The Making of a Steinway Grand Piano, From Start to Finish (Open Culture)

Astoria Characters: The 86 Year-Old Boy with the Skateboard (Huffington Post)

Arthur Russell: Vanished into Music (BBC)
The writer Olivia Laing presents an imaginative portrait of Arthur Russell.
Arthur Russell was a cellist, a composer, a songwriter and a disco auteur. He was active in the New York downtown scene of the 1970s and was a frequent collaborator with the likes of Allen Ginsberg and Philip Glass. Although extremely prolific, his inability to finish projects is often cited as part of the reason that very little of his music was released during his lifetime.
When Arthur Russell died in 1992 his Village Voice obituary read, "Arthur's songs were so personal that it seems as though he simply vanished into his music."


Posted by onemorefoldedsunset at Thursday, September 29, 2016