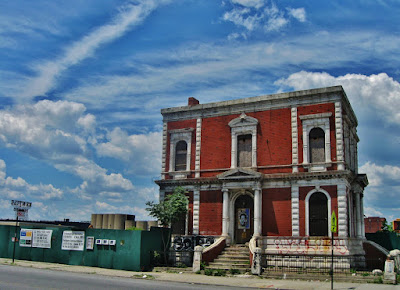 The Coignet Building, at the corner of Third & 3rd, has been a local landmark since the 1870's. In its original condition, its ornate facade served to advertise the pioneering techniques of the Coignet Stone Company, which invented a form of concrete that could be modeled to give the appearance of natural stone. The company had a short business run, and closed for good in the 1880's. The building was taken over by the Brooklyn Improvement Society, and eventually sold in the 1950's. Here'a a tax photo of the building from 1939, which a gives us a rather faded (and grainy) look at its original appearance. 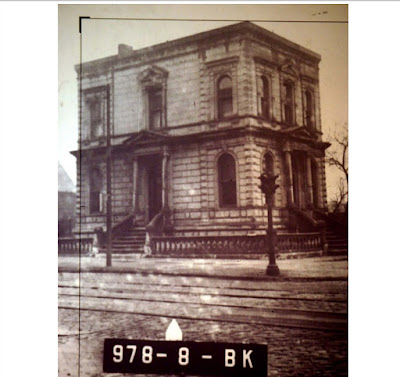 At some point after the sale, the Coignet Building acquired a brick veneer (see top), a look that many local residents have known it by for half a century or so.  It served as headquarters for a variety of other businesses over the years, and I seem to remember it occupied into the 1980's, but by the time the land it stood on was bought by Whole Foods, in 2005, it had been empty for decades. Whole Foods agreed to stabilize the building & undertake an external renovation, which was completed this year. but the interior still awaits major renovations. It has been for sale since 2013. The building was given Landmark status in 2006, and in April the the facade renovation received a NY Landmarks Conservancy Lucy G. Moses Preservation Award. (See Brownstoner for a timeline of the building's history.) 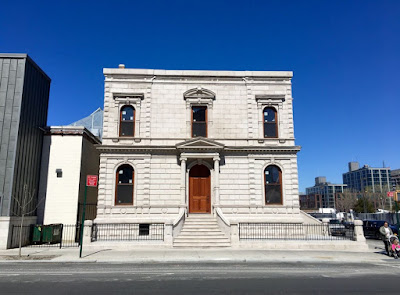 When the new, old look of the building was revealed, the effect was quite jarring.  It's exciting to see its original design, but the it has the ghostly, artificial look of a place that is quite without function.  It might have been dreamed into being.  This sense of its unreality is enhanced by its Third Street stairway that ends above street level.  You can look, but never enter.  If you look at the facade close-up, it's a roughshod affair, and this too gives the structure an air of pretense.  I don't know how sharply defined the detail was on the original facade, but the concrete work today looks pitted and sloppy.  It reminds you of a building encrusted in so many layers of paint that its fine ornamentation is evident only in vague outline.  I didn't have my better camera when I took the pictures below, but you still get the idea. 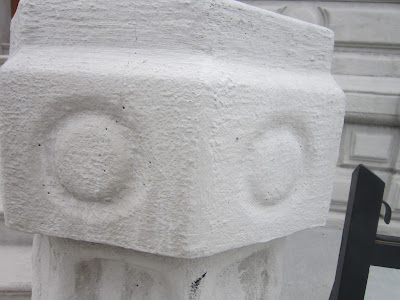 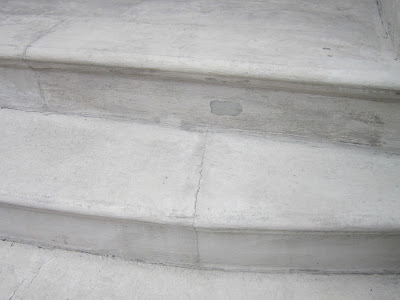 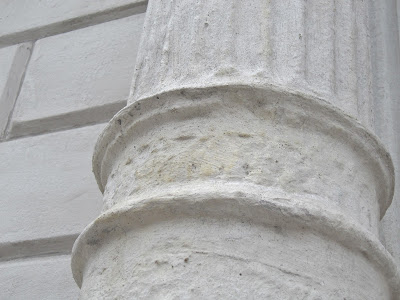 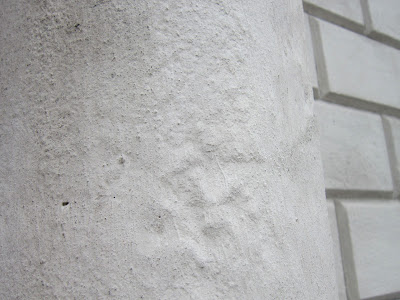 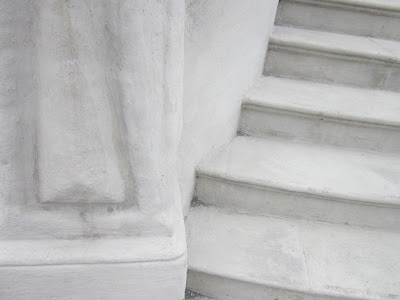 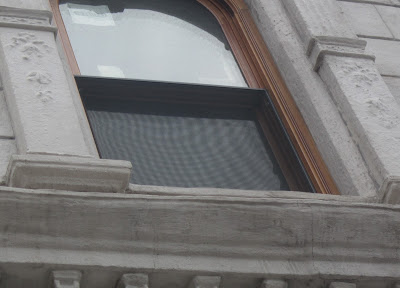 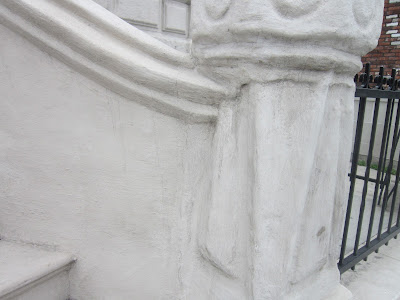 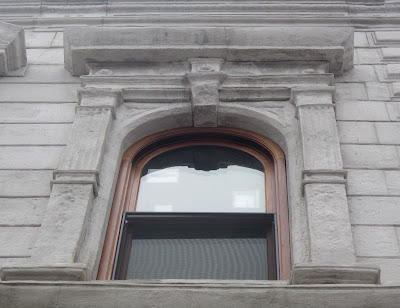 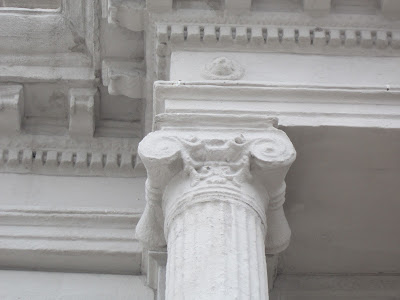 The Coignet Building is an important part of Gowanus history, and its imposing structure fully merits preservation.  It's inevitable, I suppose, that its renovated looks would startle, even in the best of circumstances, but one can only wish facade-work had been undertaken with more sensitivity.   Award worthy?  I'm not so sure.


Posted by onemorefoldedsunset at Monday, September 19, 2016