Since Green-Wood Cemetery purchased the crumbling McGovern Weir Greenhouse in 2012, the condition of the building has further deteriorated.  Recently, the Cemetery announced plans to demolish two adjacent wooden buildings at the site:

The McGovern Weir Greenhouse, built in 1880 and re-designed in 1895 on behalf of florist James Weir before being sold two generations later to the McGovern family, was purchased by Green-Wood in 2012. The plan, said Green-Wood president Richard Moylan, was to rehabilitate and restore the landmarked, but run-down structure to its 19th century glory.
The goal is to transform the structure, located at 25th Street and Fifth Avenue, into a Visitor Center with space for community programs and archive collections. In order to do that, broken glass and rotting wood have to be cleared away, lead abatement conducted, and wrought iron and window glazing repaired and rehabilitated.
Also required is the demolition of two neighboring buildings that are reportedly leaning on the greenhouse. Green-Wood would like to replace them with new buildings. The proposal has not yet been finalized. (Brooklyn Spectator - January 22nd)

HDC & CB7 have expressed concern over the plans.

The pictures below were taken in  2011, when the buildings were already in poor shape, & they are in much worse condition now.  Green-Wood seems to have been careless at best in its attention to the property. 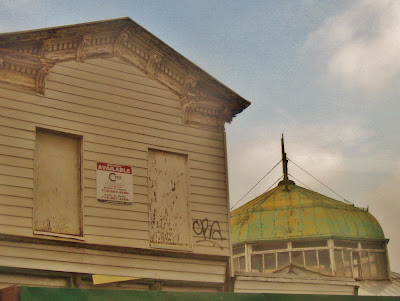 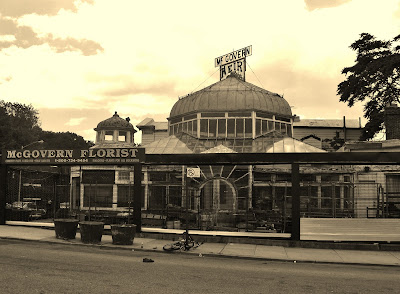 Down the block from the greenhouse, at 228 25th Street, is the house where Weir's son & grandson lived. Here it is in 2010, when it was sporting seasonal decorations, 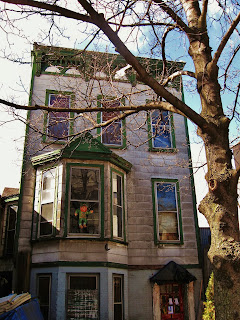 and here it is looking pretty much the same four years later. 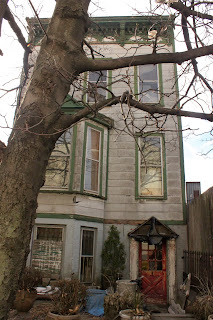 Though rather the worse for wear, it's a good-looking house, with that grand old cornice, & a (hidden here) bay at the side of the house jutting into the walkway.   I hope it sticks around.

Update:  Pictures of the greenhouse from 2/1 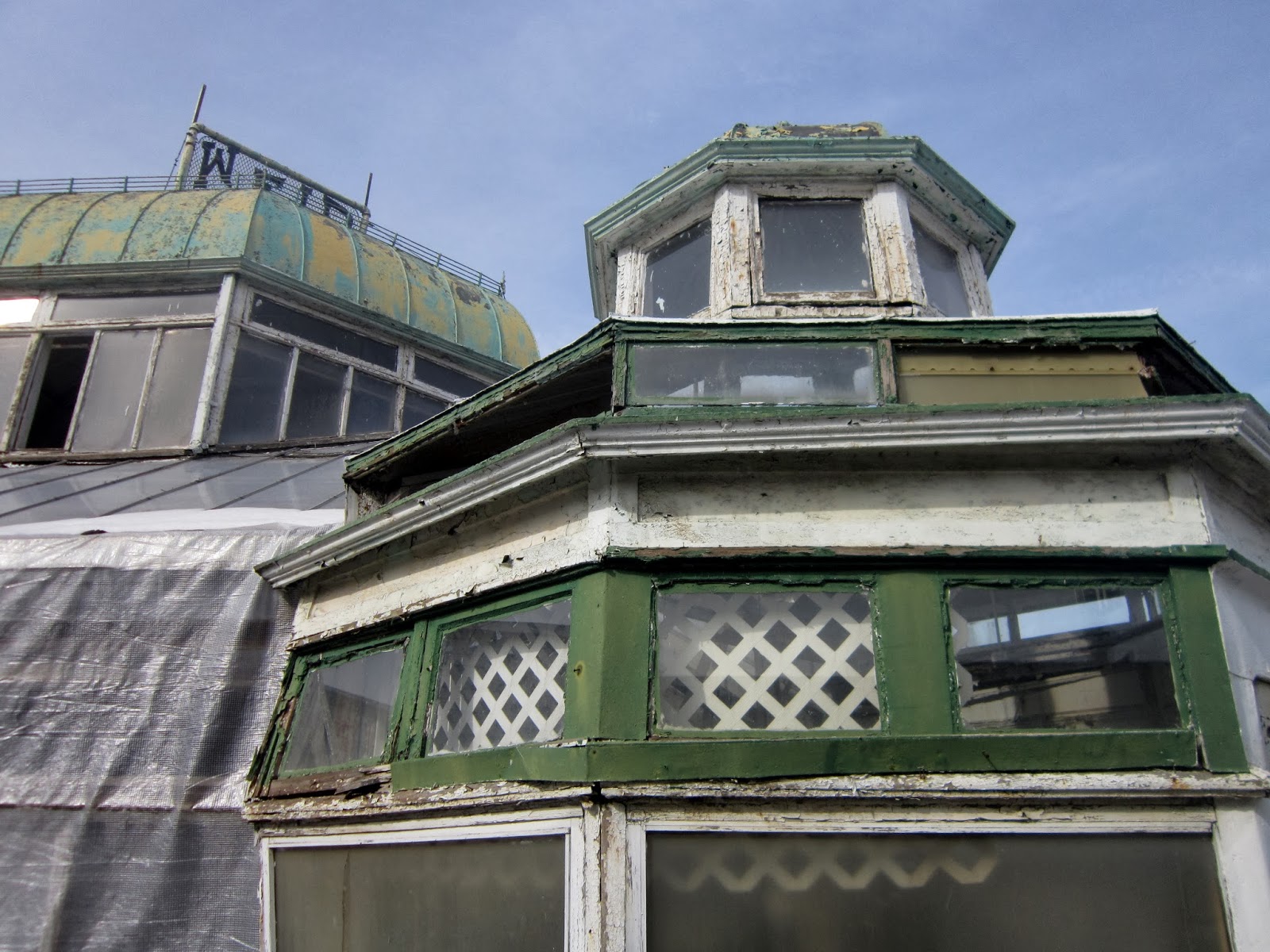 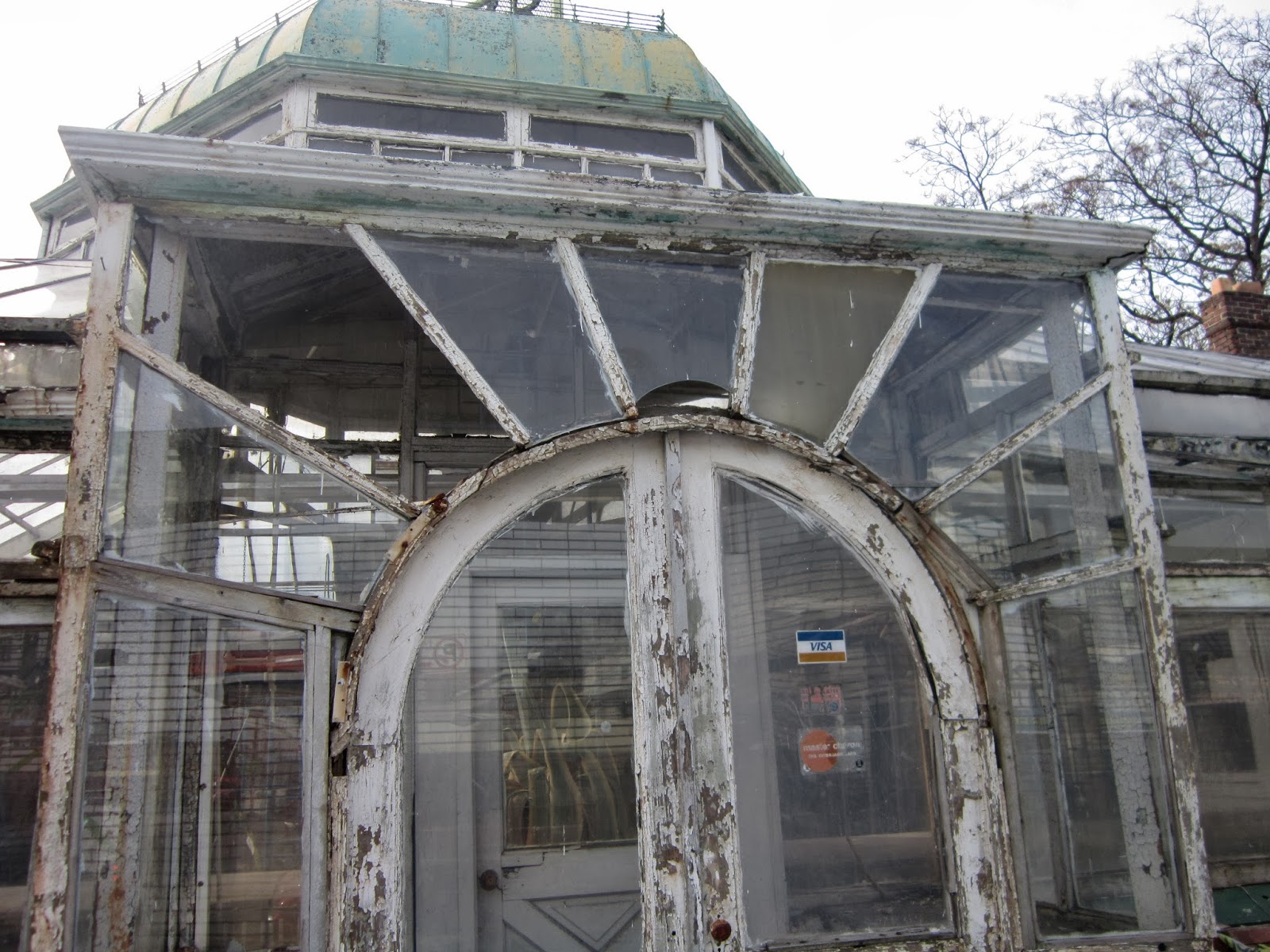 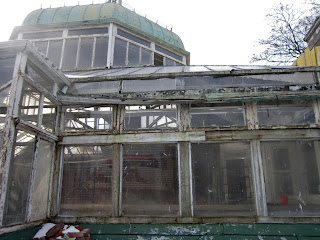 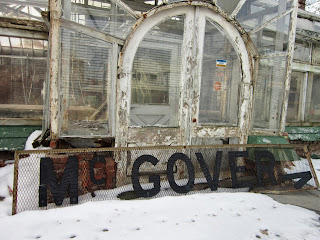 Posted by onemorefoldedsunset at Tuesday, January 28, 2014