There's a Howard Johnson coming soon to 24th at Fourth.  Here's the lot 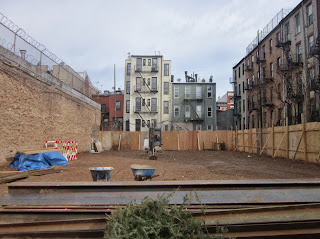 and here's the coming attraction. 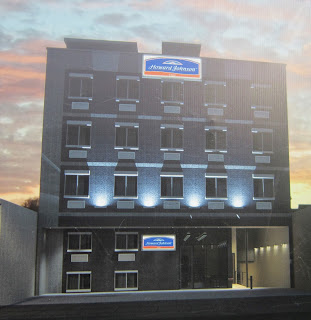 A little further down, the real star of the block, Our Lady of Czestochowa. 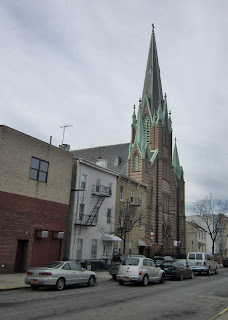 The first church here, built in 1896, was a frame building, destroyed by fire in 1904, and construction of the current building began later the same year. In 1980, the Williamsburg parish, St Casimir's, merged with Our Lady of Czestochowa. The block is mostly residential, with a run of sturdy brick rowhouses predominant on the north side, and opposite mostly frame, along with some warehouse buildings closer to Third. Apart from the church, the architecture here is modest, but the mixture of scale & housing style make it a handsome block.  The little house to the right of the church in the picture above looks like an old one to me. (We'll see this it again when we head up 25th, and we'll also see the grand Czestochowa rectory & school.) These little buildings below look like they've been around for a good while too. 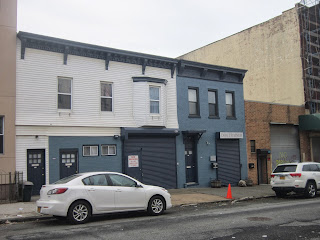 I was in Poland in the late 80s, visiting in-laws, and my son was baptized there, in Torun. During our stay, we visited Czestochowa.  For a while, in the 90s, my husband's Polish godfather, a resolute atheist, lived a couple of blocks from us, off Fifth, and we had plenty of meals of kasha varnishkes in his crowded kitchen.  Walks around here always summon memories.
Posted by onemorefoldedsunset at Wednesday, January 15, 2014