Meanwhile, back on Fifth, local chain store Fabco will be closing soon.  This is one of the bigger retail spaces on this part of Fifth, & Fabco is one of the last lower price shoe/clothing stores on the avenue.  Rainbow is still hanging on, while the store is advertised for rent; otherwise it's just Payless, DII (Deals & Discounts) & Mandees.  DII, with a great spot at Fifth & 9th, is still bustling, but at Mandees, in the old Michael's building, things are on the quiet side. 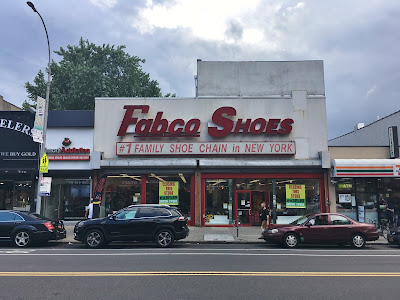 Down the avenue at 24th a former auto repair shop is transforming into Tribeca Pediatrics, and the laundromat at 11th (after a brief life as a medical benefits center) is turning into Chu Tea - Tea, Espresso, We Build Smiles.  Bit of a dentist's line in the billing here, but we'll reserve judgment. 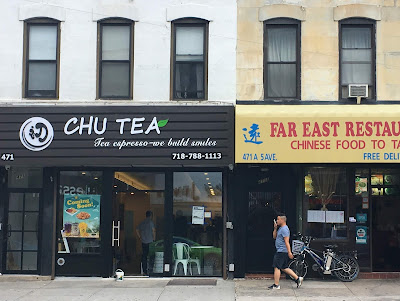 There are still a lot of empty stores on Fifth, from the high-end space below the Crunch gym to the small spot at 12th where the ill-fated Salzy's comedy bar lasted for about a year.  Some have been vacant for well over a year.

Over on Fourth Avenue Bar Salumi, the restaurant co-owned by chef Adam Harvey, has shuttered. The closure came soon after Harvey was accused of poisoning a Windsor Terrace next-door neighbor's tree to get better sun exposure for his solar-paneled rooftop.  Bar Salumi opened in April of this year, after previously operating under the same ownership as "mixed-concept " butcher/cafe/restaurant A&E Supply Co.


Posted by onemorefoldedsunset at Thursday, June 28, 2018