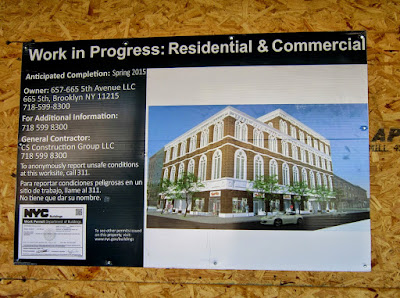 With a SWO order at 657- 665 Fifth in effect since March of 2015, and a good portion of the building a shell, it's a little surprising that retail space here is still being listed for rent.

"Prime corner retail opportunity with Ownership installing brand new, all-glass facade at Ownership's expense. Located on the corner of 19th Street and 5th Avenue, 657 offers the largest contiguous retail frontage in the South Slope submarket.
... South Slope, which extends from Ninth Street to 20th street, from Fourth Ave to Prospect Park boarders (sic) Park Slope, Prospect Park, Gowanus and Windsor Terrace. South Slope which is characterized by its cozy mixture of turn of the century homes and multi-unit apartment buildings is currently home to a dearth of development projects." 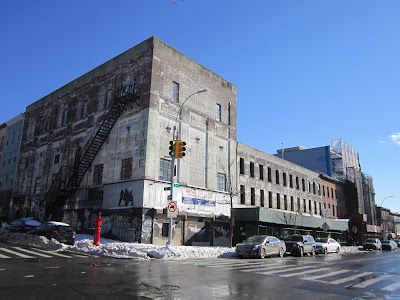 
Posted by onemorefoldedsunset at Monday, June 19, 2017