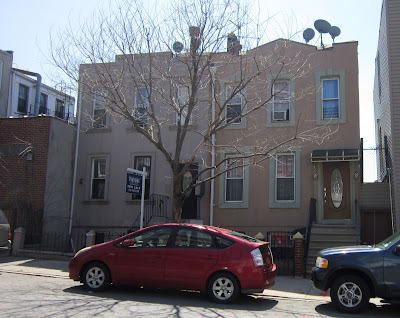 20th Street between Fourth and Fifth is really getting hammered by new development.  There are three construction sites on the north side of the block, and with 228 and 230 set for demolition, it looks like there'll be a fourth soon. In 1880 the block was mostly empty lots, with only a cluster of wooden buildings at the top of the block, and two more houses farther down (one wooden, one brick). 228 and 230 were there, along with a row of wooden houses on the other side.  228 & 230 got stucco jobs that make it hard to make out what was underneath, but across the block, you still get a jolt of time travel.  Typically-sized at the time of their construction, this little group of frame buildings seems only to get smaller as the bigger buildings rise around it.  Houses like these wear their age modestly, but they wear it well; they've toughed it through a century and a half, and need no period recreation to show off their looks.  The beauty's in the living. 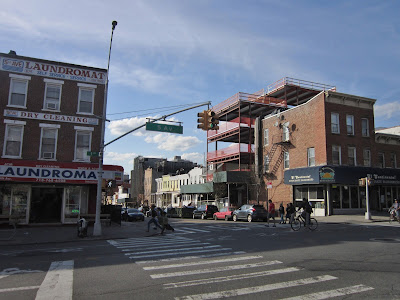 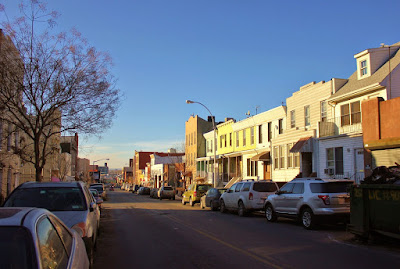 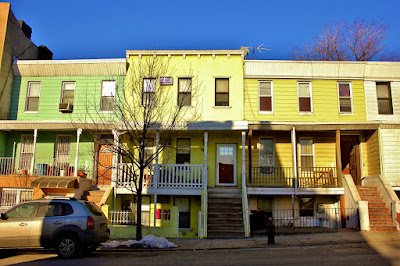 
Posted by onemorefoldedsunset at Wednesday, April 19, 2017