I was horrified to learn today that sixty of the Sam Steinberg paintings exhibited at Columbia last weekend have been destroyed, the result of the Alumni Affairs Office's failure to safeguard the works after the show closed.  Instead of removing the paintings to a secure space on Saturday, the Office left them unattended all weekend, and on Monday they were thrown in the trash by custodial staff.

“It is with great sorrow that I confirm the fact that the works are not retrievable,” Bernice Tsai, an alumni relations director at Columbia, wrote in an apologetic email to one owner. She attributed the loss to “an error on my team’s part.” Neither she nor a spokeswoman for Columbia’s alumni relations office responded to messages on Sunday." (NY Times)

All at once, so many Steinbergs gone.  What a terrible end to a beautiful show. What an awful loss for Steinberg's legacy, and for those who loaned works they will never see again.  Filmmaker Ed Gray lost a dozen works, and a '69 alum lost 25 pieces.  One work on loan was a commissioned portrait.  All gone.  From all I've heard, Columbia was a grudging & financially demanding host for the exhibition, and clearly did not value its importance as an event.  When I visited the show, a modest affair, I was struck by the joy and congeniality of the people assembled there.  It seemed like some real, sweet spirit of the 70s had returned, just for an afternoon, to a corner of the campus, a spirit that valued the individual, the non-conformist, the wonder of art that springs from unexpected and delightful places,  How different in tone from the lavish, coordinated overkill of alumni events nearby, where trawling for checks was clearly the main priority.  A sadder clash of values was never more clearly evident.

Here are a few more pictures from last week. 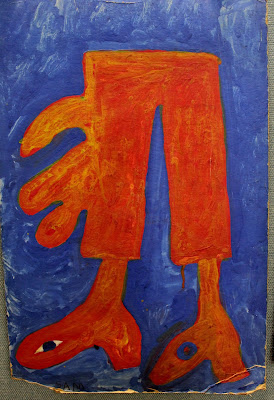 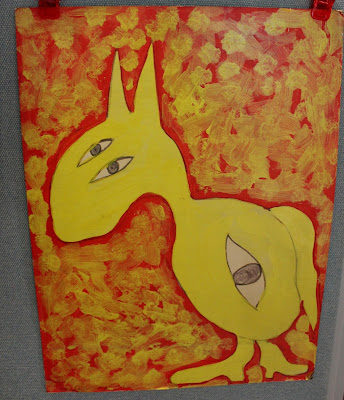 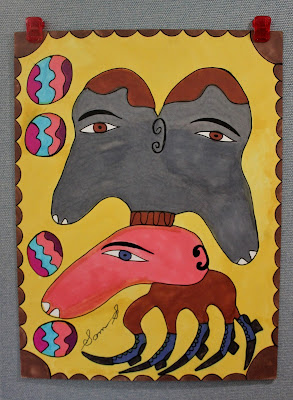 Posted by onemorefoldedsunset at Monday, June 08, 2015

What a shame indeed. I too feel the loss as a result of this sloppy and unprofessional behavior on the part of the alumni director at Columbia. Too bad she was busy coordinating the "overkill of alumni events", as you accurately describe it. Thank you for sharing some of the pictures, they are truly treasures.