An HBO recreation of 70s New York was taking place in Gowanus today - all part of an upcoming series on the 70s music scene, produced by Martin Scorsese and Mick Jagger.  I passed by briefly, but didn't get to see too much beyond trailers, crew hanging out, and those catering set-ups I always want to swipe a bite from.  If you'd filmed on Third Avenue even a few years ago you could have recreated the 70s quite easily, but the boutiques and bike shops, restaurants and wine shops have certainly given it a different kind of edge these days.  You'll need to be selective to get The Look.  The series sounds fun, but there was no wrinkly Mick or cute Cannavale around, and I was more interested in looking beyond the movie hoopla to a building on Third where a different kind of work was going on.  Or not quite at that moment - a couple of guys were sitting on its crumbling stoop taking a lunch break.  Some of the windows at 488 were boarded up, and an electrical work permit was posted at the first floor.  It might had had The Look just months ago, but now it was poised for Gowanus circa 2015. 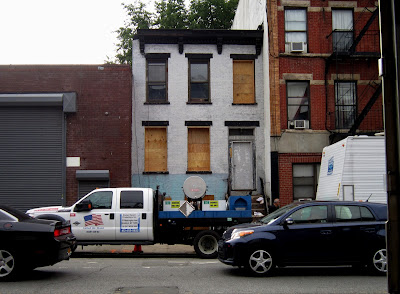 The building's certainly been neglected for a good while, and neighbors have complained about squatters.  The only person I saw going in and out in recent years was an elderly woman with a little dog, Lulu.  I tried to recall when I'd last seen her, and I figured it must have been before winter set in. She was selling some worn-looking paintings on the front steps of the house and we chatted for a bit. After that I looked out for her when I went by, but I never saw her again. 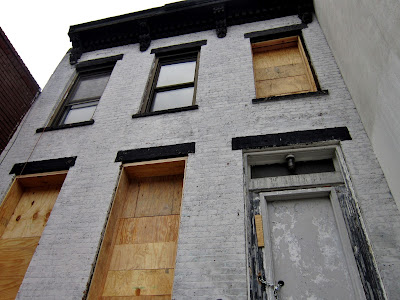 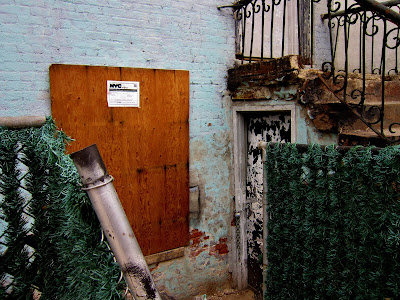 If you want to see some real late 70s Third Avenue - more Scorsese in feel than much of what you'd find round here today - you can watch Jon Alpert's 1980 documentary Third Avenue: Only the Strong Survive.  I first posted it three years ago, but for some reason I've run into problems trying to embed it this time.  Still, the link will take you there.  Sections of the film feature Brooklyn's Third at 54th, at 22nd, and at 11th.  The last of the three segments, featuring the Pascone family in their barber shop at 512, takes place just a block away from 488.  You can catch it at the 46 minute mark.  There are a lot of ads to deal with on the SnagFilms site, but bear with them.  It's well worth the wait to get to the stories.

Posted by onemorefoldedsunset at Friday, June 05, 2015