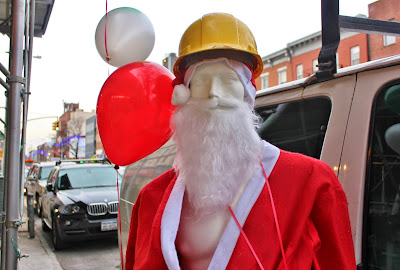 
Iron Station, a new bar at Fifth and 21st, opened a few days ago.   Southern themed, the bar is heavy on cocktails, and offers a selection of  Little Bites (Janet's Chex Mix, Tater Tots with Spicy Duke's Mayo, Whiskey Krispie Treats, and more).  A snacks-for-adult-tots menu. This place seems primed for the Fifth Ave. bar-crawl crowd. 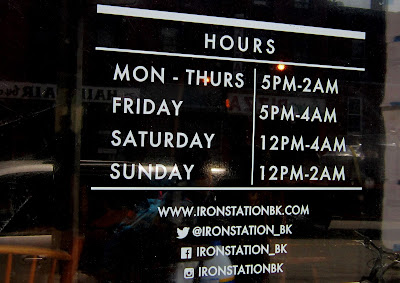 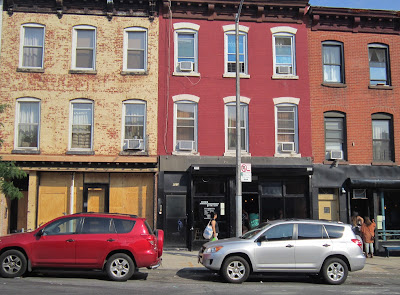 And leaving soon, after twenty-plus years on the avenue, the 99c store at 542 (15th).  This one used to occupy space at 540 as well, before the one storey building there was illegally demolished, making way for its charmless replacement (retail space available there right now!!!). You can be sniffy about 99 cent stores, but they're an economic reality for plenty of New Yorkers.  As rents rise though, 99 centers fall, and cocktails trump toilet rolls.  This particular one was never a favorite of mine - I like the 16th Street bargains a block south, where I've scored many a deal - but you had to love the ritual Dressing of the Mannequin.  Farewell, versatile store model, farewell. 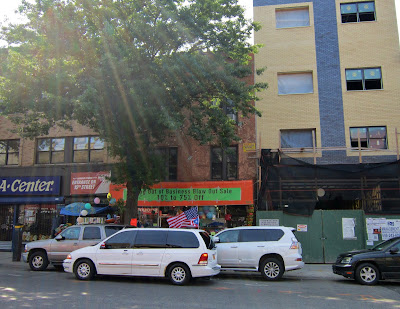 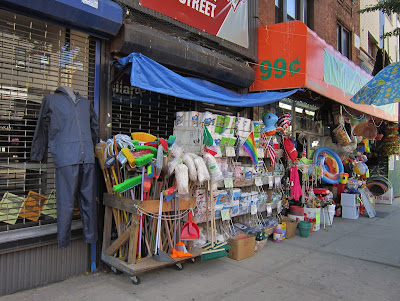 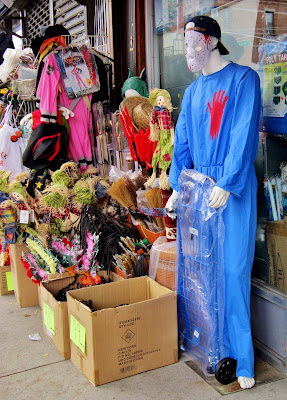 
Posted by onemorefoldedsunset at Monday, June 15, 2015