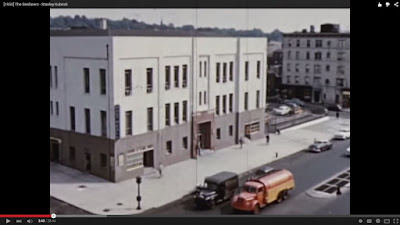 The readership of this blog is modest, to say the least, so it's always exciting when a comment comes, out of the blue, with a personal connection to a place or person I've written about. This week I was delighted to get a message from Virginia Maksymowicz, concerning a post I wrote on the former Seafarer's International Union buildings on Fourth Avenue:

My father, Henry "Hank" Maksymowicz, a former USN Chief Petty Officer, was the bartender at the Seafarer's Union when it was at 675 Fourth Avenue.

Sometimes, when I was a little girl, he would take me to the bar on Saturday mornings when he would have to take inventory. I remember that the bar itself was in the shape of a boat, with a mermaid in the front. He would make me a "Shirley Temple," which I would sip while looking up at that mermaid. I also remember how he "tricked" me at Christmastime. Rather than mailing my letter to Santa and risk its getting lost by the USPS, he convinced me to hand it directly to him. He said that one of his seafarer friends sailed to the North Pole on an icebreaker every November; he would hand-deliver it for me!
He died from lung cancer on January 6, 1965. When the funeral procession left St. Patrick's Church, on its way to the National Cemetery on Long Island, it made a slow pass in front of the Seafarer's Union.

This really brought the place to life in a beautiful way,  and I felt had to go to work and find out more about it.  I knew that the Union was founded in 1938, that its first home on Fourth was at 675, and that it moved to 635 in the early 90s.  An Islamic school, Al Noor, is now housed at 675.  In 2014 the Seafarer's Union sold its premises at 635 to a developer (yes, apartments on the way, of course) and moved to New Jersey.

I had guessed that the building at 675 was a school before it became the Union building, and this was confirmed by a Montrose Morris piece on the building that I read on Brownstoner earlier this year. MM, a local historian with serious chops, revealed that the building, built in 1886, was designed as a public school, PS 60, and operated as such until 1941, when it was sold at auction.  It was used for light manufacturing purposes until 1949, when the Seafarer's Union purchased it.  The Union moved in, from their Manhattan headquarters on Beaver Street, in fall of '51.  In her article, Morris references a splendid, rich-in-detail Brooklyn Eagle story of September '51.  According to the Eagle, renovations and refitting at 675 cost a cool million, and facilities included a huge hiring-hall, a high-tech cafeteria (open to the public), a school for seamen, recreational facilities, the Sea Chest supplies store, and the bar our commenter recalled so lovingly:

Sure to be a popular gathering spot when the Union Hall opens, is the Port-of-Call Bar, which will be shaped like a ship with a figurehead of oak at one end.  This talisman will be a composite of emblems on Viking ships studied from four authentic Viking figurines in the Metropolitan Museum of Art.

The Eagle deemed the place "a palace," "the latest thing in union halls,"with "everything for sailors but the ocean."

It was great to read the Montrose Morris piece back in the spring, and to catch up with the Eagle story today.  I also looked at the Union's own site, and news stories with a more political slant, but its history is far too rich and complex for a superficial read   I'd be a fool to dip my toes in that water without more time and serious, scholarly attention. And besides, I had that bar on my mind!

And then I found it!  The gods of the internet brought me Stanley Kubrick's early documentary, The Seafarers, shot for the Union in 1953, with almost all of it filmed right there on location, on Fourth. It's very much a promo film, but it's nicely shot, with great opening shots of area rooftops, of men in suits striding from the waterfront, suitcases in hand, of the crowds in the hiring-hall, and especially of sailors' faces.  Close-ups of faces, all shapes, and ages. Men of the seafaring past. And yes, there was the Port-of-Call.  It appears around the nine minute mark. 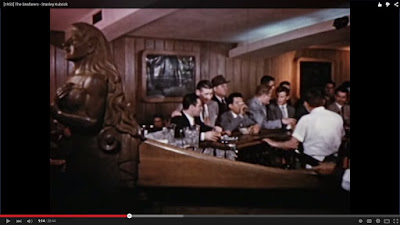 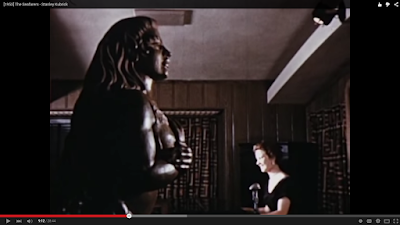 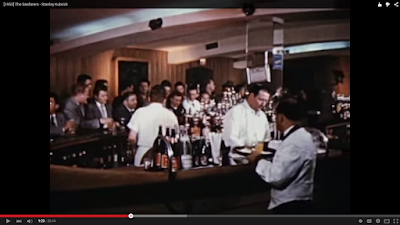 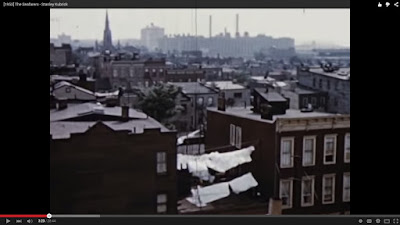 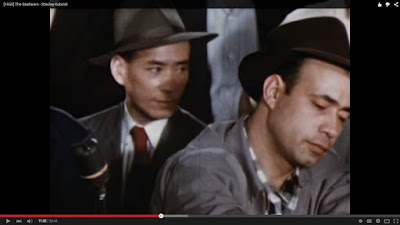 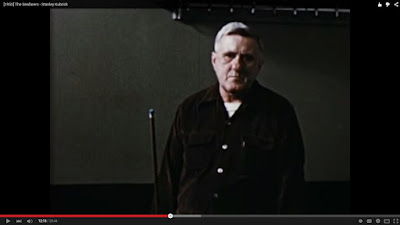 Posted by onemorefoldedsunset at Saturday, June 13, 2015

Wow! I can't believe this documentary!! And by Stanley Kubrick no less. So wonderful to see the Port O' Call mermaid again. I wonder what happened to her?

I'm wondering the same thing. Maybe it got moved to 635 Fourth, but then what? I think it's time to contact the folks in New Jersey!