Pavilion Theater to be Replaced by Apartments? 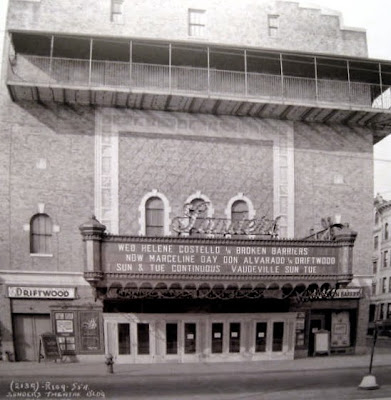 "The Pavilion Theater, the nine-screen movie theater at the corner of Prospect Park and 15th Street in Brooklyn, will be turned into apartments. The Real Deal reports, Hidrock Realty, a Herald Square-based firm that bought the iconic Art Deco property at 188 Prospect Park West for $16 million in 2006, is planning to build a 24-unit building on the site," according to a Department of Buildings permit application obtained by the website.
The application also reveals that Hidrock is planning for a new six-story building that is slated to replace the 33,000-square-foot cinema.  New plans call for nearly 46,000 square feet of residential space and 24 apartments. The building will also include roughly 8,000 square feet of commercial space. The median sales price for homes in Park Slope between January 15 and April 15 was roughly $1 million, according to Trulia, which is almost 64 percent higher than the median sales price in the rest of the borough.
Hidrock also bought the neighboring restaurant, the former Circles Cafe, and has been talking to architecture firms, even though the theater's lease was set to last through 2022. The firm Morris Adjmi Architects, whose projects includeThe Wythe Hotel, is listed as the architect of record on the DOB papers filed yesterday."  (Gothamist)

The first theater at this site was the Marathon, which operated from 1907 to 1927.  Its replacement, the Sanders (the current Pavilion building), opened in 1928, and had a fifty year run before screens fell dark.  It reopened in 1996, with the new owner, Norman Adie, promising its rebirth as an art-house venue. Sadly this was not to be.  Instead, it offered only run-of-the-mill big-budget films, and a less-than-clean movie-going experience.  Broken seats, filthy floors, erratic screening times, and rumors of bedbugs became the new norm.  Adie, who also took over the former Flatbush Plaza & the Brooklyn Heights Cinema, sold the Pavilion in 2002.  In 2011 he was convicted of Federal Securities & wire fraud & served time in Federal prison. In 2012, Cinema Holdings group promised better services, & provided something of a makeover, but its reputation did not significantly improve.
Surely there'll be a fight to save this neighborhood landmark? In fact, it is officially landmarked, so you would think this would have to be a conversion rather than a new building, and it's hard to see how it could be easily altered for residential purposes.  Still, one doubts that there'll be more screenings there.
With the Heights cinema recently closed, the long-gone Plaza an American Apparel, and the ill-fated Pavilion apparently about to depart, our local cinema choices are dwindling.   Cobble Hill Cinema, please stick around.

Hidrock Realty, a Herald Square-based firm that bought the iconic Art Deco property at 188 Prospect Park West for $16 million in 2006, is planning to convert the property and add 24 residential units to the building, according to a permit application filed with the city’s Department of Buildings Wednesday.

A spokesperson for the developer said on Wednesday afternoon that Hidrock is planning on leaving the building intact, but plans to heavily renovate the interior. Hidrock is contemplating opening a more “sophisticated” movie theater in the building’s commercial portion, the spokesperson said, and would be more “reasonably sized.” It is, he added, “the end of the existing theater.”

In 2006, Hidrock’s Abraham Hidary said that the firm didn’t have any plans of turning the theater into a residential building. “There’s no merit to ever thinking that it might be a conversion,” he told the Park Slope Courier at the time.

A Hidrock representative couldn’t immediately be reached on Wednesday morning.


Posted by onemorefoldedsunset at Wednesday, April 22, 2015