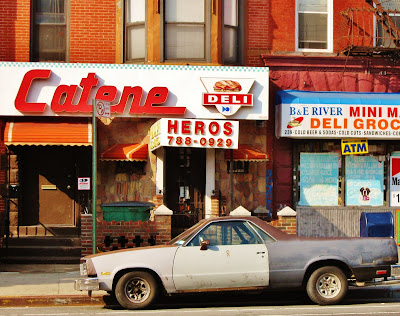 The late, great, Catene deli, which opened at Fourth & 9th in 1965, closed in late 2011. The store stayed empty until 2014, when the restaurant Uncle Arthur's came in for a blink-of-the-eye seven-month run. The place has been papered up since then, and is listed for lease at $6,500 per month.

"Sat right off the corner of 4th Ave and 9th Street, a major Park Slope subway stop, this unit is begging for the next food service money mint to install a fresh idea." (Ideal Properties)

When I read this sentence, I knew it sounded familiar.  It has quite a ring to it. In fact, the listing itself is less than fresh - it's the same one Ideal put out two years ago.  Oh well.  With the subway station renovation crawling towards completion, there'll be a bunch of new stores around here sooner or later (later, most likely).  We won't get another Catene's on 9th, but I'd love to see a worthy retail heir. 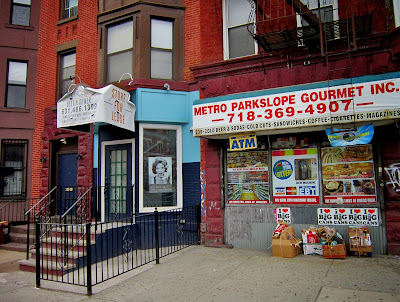 Posted by onemorefoldedsunset at Thursday, April 16, 2015