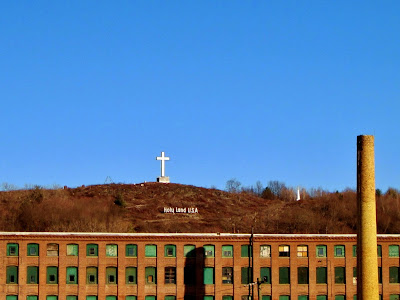 Here at One More Folded Sunset we strive, whenever possible, to be seasonally appropriate. It didn't look like this would happen today, but then presto!, a dispatch came through from Waterbury, Connecticut, where our roaming correspondent had just stopped off at Holy Land USA.

Holy Land, a Christian theme park project of Waterbury attorney John Baptist Greco, opened in the 1950s, with recreations of biblical events such as the Garden of Eden & Daniel in the Lion's Den.  It stayed open til the 80s, when the property was left to the Sisters of Filippi.  Despite their good faith efforts, Holy Land sank deeper & deeper into decline.  Vandals struck. The iconic hillside Holy Land USA sign fell dark, as did the illuminated hillside cross.  The place earned a kitsch notoriety as a relic of the past.  The Flaming Lips shot a music video there!
Still, attempts were made to revive H.L. The Boy Scouts rallied to repair the sign in the late 90s, & a stainless steel cross replaced the original one in 2008.  The park stayed closed though, and was popular more as a hangout spot than a site of pilgrimage.  Tragedy struck when a teenager was murdered there in 2010.
In 2013 the Sisters sold Holy Land to Waterbury Mayor Neil O' Leary & car dealer Fred "Fritz" Blasius.  Some clean-up work has been done, and more is projected for the future.  Holy Land reopened last September, & the cross shines down again on park, town & highway . It was closed when our photographer swung by, but he managed to get a few shots. 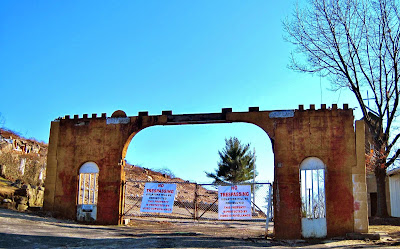 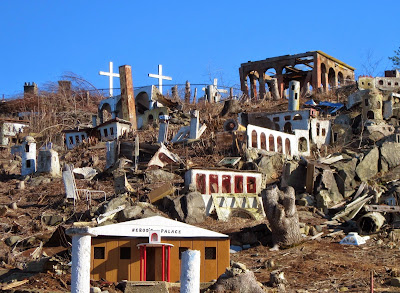 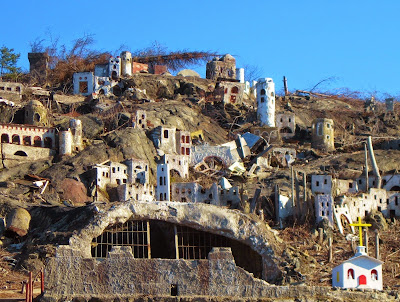 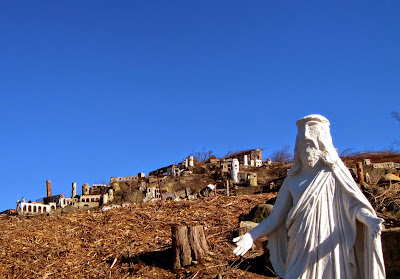 Posted by onemorefoldedsunset at Sunday, April 05, 2015

I live in Sunset Park but was born in Waterbury. Grew up in the town next door. I used to love Holy Land when I was a kid.