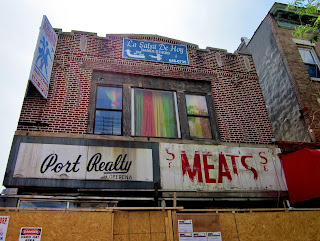 OK, well it's a picture of a real estate office.  These signs have come into view as renovations take place at Panchito Deli/Ricos Tacos, at Fifth and 46th.  There was a Western Union/F & S travel agents at 4601 (the corner) before Panchito came in several years ago, but I couldn't find out anything about Port Realty. A 1927 Eagle ad. lists an Andrew Karl butcher shop at 1603, but I don't know what more recent meat markets were at this address. The sign on view above predates the early 80s though, as this tax photo shows a shift to grocery store. 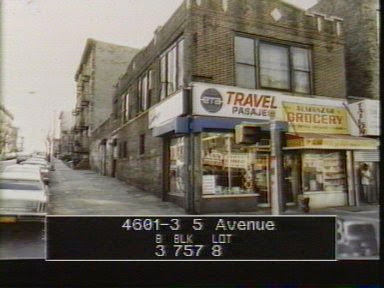 I realize that I should have been more methodical about looking at the tax photos in tandem with my walks, and will try to do so in future.  Of course, the whole project should be more thorough.  Instead it's a patchy, vague kind of ambling, with a little lazy online arsing about.  It was never intended to be more than subjective, but I find my ignorance increasingly frustrating. I expect to have more free time on my hands soon though, and will be down at the Brooklyn Collection & Historical Society for some real reading. And maybe I'll pick up the pace of the walking!  I've decided to stick to the 1st/2nd to Fifth Avenue east/west boundaries, and will stop at 65th, which is pretty much the boundary between Sunset Park & Bay Ridge, and the old Brooklyn/New Utrecht divide.  The next phase will cover Fifth towards Borough Park.
And as I'm around here all the time anyway, I'll try to revisit particular blocks or buildings periodically.

The tax photo collection is, of course, compulsive viewing.  Whilst looking for the picture above I found these: a strip of Second Avenue at 41st. 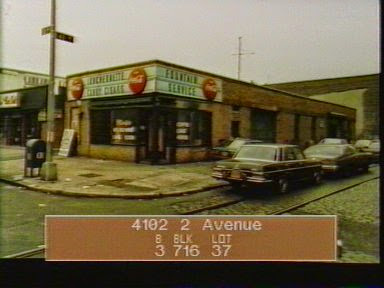 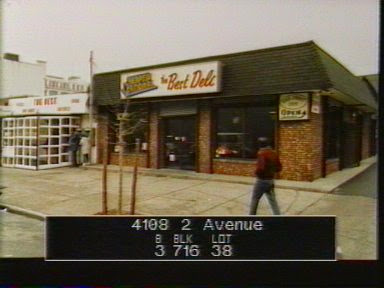 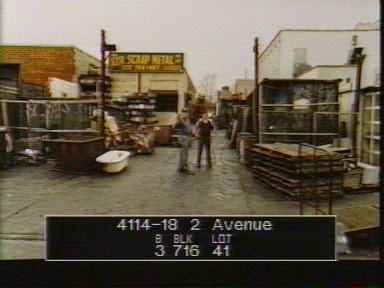 Posted by onemorefoldedsunset at Monday, June 16, 2014