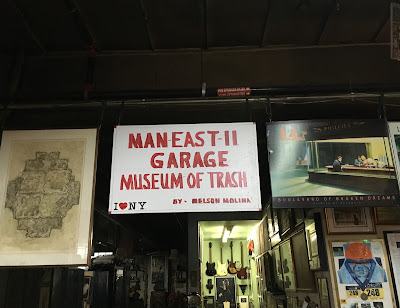 Hot on the heels of the Hujar show I find myself at Nelson Molina's trash museum at the E. 99th St. Sanitation garage.  You couldn't find two more disparate collections, could you?  The pure formality of Hujar's art, its milieu the demi-monde of the 70's & 80's Downtown scene, its focus expressions of gender, selfhood, mortality.  A sanman's haul of garbage treasure, a mongo hoard vast and wondrous in scope - objects discarded as trash lovingly rescued and arranged in groups that redeem and enhance their worth .  Molina's trash sense is so refined that even the feel and the sound of a bag as it's lifted from the curb can tell him if something of value is hidden inside. 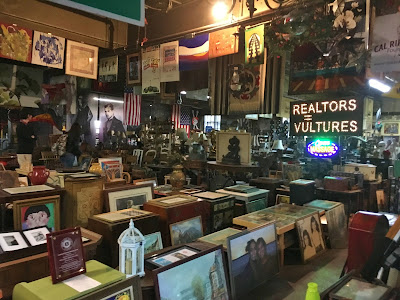 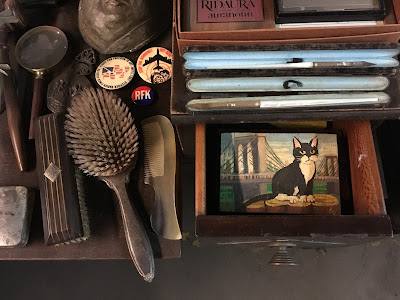 Still, Time's brief, unlikely partners complement each other. Each presents an alternative New York City history of people and streets and things.  Ethyl Eichelberger, in drag or unadorned,  Candy Darling posed on her hospital deathbed.  Gary Indiana veiled.  Sets of six-tracks, 45s and albums (Hands Up, Give Me Your Heart!).  Letters and journals and photographs, plastic collectibles, campaign pins.  A row of crudely painted amateur art gains dignity and strength arranged in numbers. Who'd have guessed?  Red heels dusted with glitter, each curled pointed toe affixed with a golden star, could get up and dance. 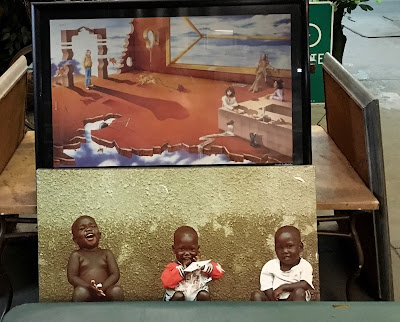 All the abandoned, lost, and overlooked find another life in the garage.  Released from their ordained roles, they shine.

On the walls of the garage there's a hand-written sign, repeated: Become Your Dream. 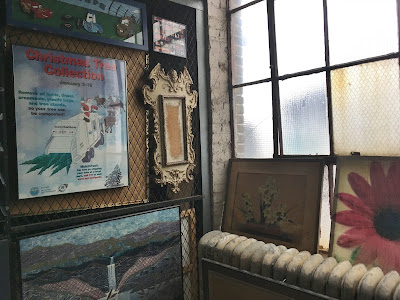 Note: I got to see Nelson Molina's treasure-house on a tour arranged by The City Reliquary. This event is connected to the Museum's current show, NYC Trash! Past, Present and Future, which runs through April 29th.
Posted by onemorefoldedsunset at Sunday, February 11, 2018