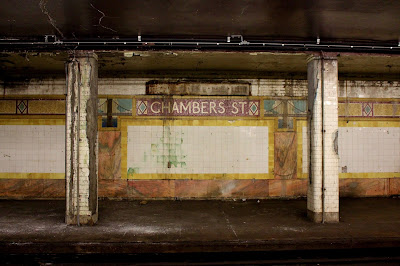 It's been suggested to me that the state of the Chambers St. J Z station is Cuomo's fuck you to de Blasio.  Of course, it's been in dismal condition long before either Governor or Mayor took office, and it's certainly not the only station in the system that awaits long overdue repairs.  But its situation, right by City Hall, is sublime.  A potent symbol in the Transit Wars.  In 2003 the station was voted ugliest in the system, but this one's special, a very Temple of Decrepitude, with its long-abandoned side platforms, its fissured pillars, and its high, paint-encrusted ceilings.  One of the Seven Wonders of the Subway World?  You have to be a little bit in love. 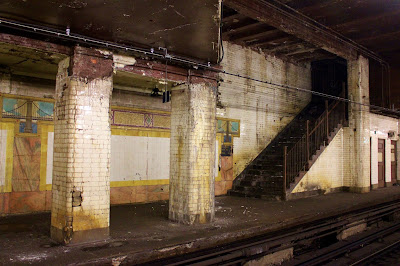 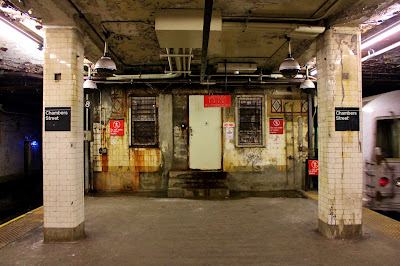 Posted by onemorefoldedsunset at Wednesday, February 07, 2018

you've got to be kidding me! That's incredible that it's still in use.