The New York State Barge Canal was built as an improvement to the Erie, Champlain, Ontario, Cayuga and Seneca canals. Authorized in 1903, it was completed in 1918.  By the 1980s commercial shipping on the canal had declined, the result of the increased use of pipeline, rail, and bulk truck-carrying facilities. Today the group of canals is known as the New York State Canal System, and is used mostly for recreational boating.  It was designated a National Historic Landmark in 2017.

There's a local connection here. The Gowanus Bay Terminal, of which the giant Grain Elevator Terminal, still standing today, was a part, was built to serve the needs of the State Barge Canal system by reviving grain & other freight traffic lost to the railroad system.  It was completed in 1922, and almost immediately proved to be a costly failure. 
Pioneering photographer and sociologist Lewis Hine recorded the living conditions of immigrant laborers working on the Barge Canal.  The photographs below (NYPL Digital Collections) were taken in 1910 and 1912. 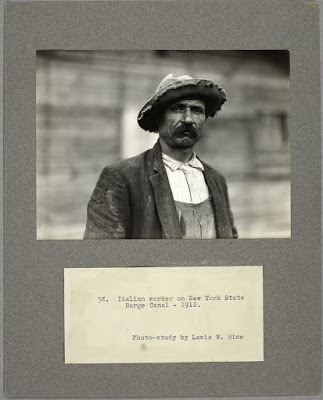 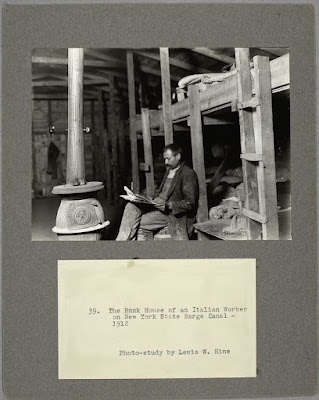 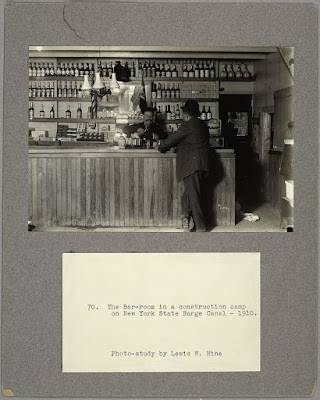 Posted by onemorefoldedsunset at Sunday, September 17, 2017