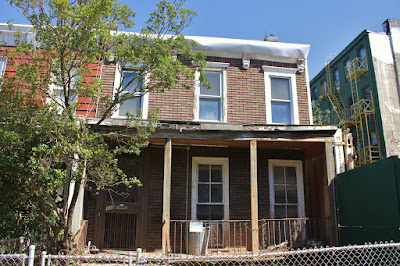 Back to 139 15th. If you search for references to this address in the Brooklyn Daily Eagle archives, most often they appear in the Wanted-Situations-Female ads. The newspapers are full of these anonymous young women, looking for work - many of them new immigrants.  Here are four of them, placed between 1876 and 1905.

Though it didn't have as many as in neighboring Sunset Park, this part of Brooklyn once had a good number of Scandinavian residents. While the women commonly toiled on land, many of the men worked along the Brooklyn waterfront.  There was also a community of Nova Scotians and Newfoundlanders around the South Brooklyn waterfront. Both of these groups were often referred to as "blue noses," In the 1939 WPA Guide to New York City:

Prospect Park West is an equally fine neighborhood, which west of Sixth Avenue changes into an area of seedy houses, industrial plants, and warehouses. In the latter section dwells a small colony of Newfoundlanders, known to the neighborhood as "blue noses" or "fish," who gain a livelihood on the fishing smacks that go down to the sea from Sheepshead Bay.

Seedy or not (we won't go into that here), the workers who lived in these houses close to the water are heroic for their labor and endurance.

139 & next-door 137 were real favorites of mine. 139 was demolished last year, but its next-door neighbor is still hanging on. 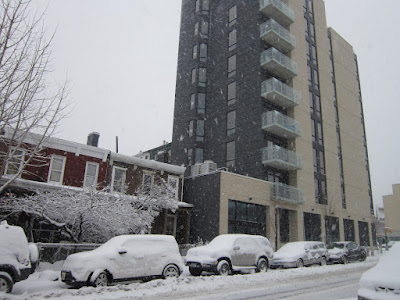 
Posted by onemorefoldedsunset at Tuesday, March 28, 2017