There's a partial SWO in effect at 262 18th Street, with all exterior work ordered halted.  The SWO relates to property egress issues at an adjacent building.  Alt 2 permits were approved for 262 in December 2015 for "emergency work to remove non-load-bearing interior walls, clean up the building of debris & garbage, no change in use, egress or occupancy." No asbestos abatement, enlargement, or change in number of stories are indicated on the permit.  The building's height is listed as thirty-five feet. 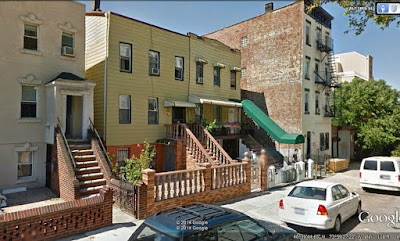 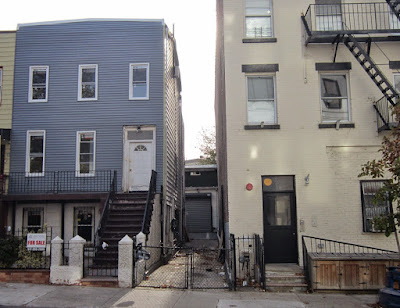 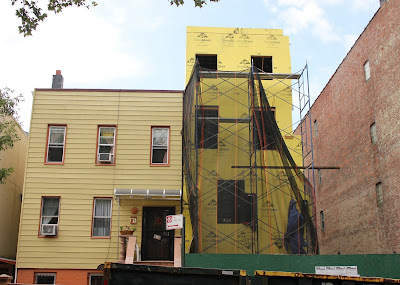 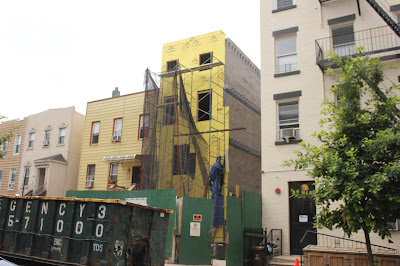 262, July 2016, looking distinctly taller and narrower.  Looking like, well, a new building really, or maybe an Alt 1  at least.

No violations have been issued for 262 since 2007, though numerous complaints are on record at the DOB site regarding work performed contrary to plans.  The building sold in August, 2014 for $1,289,000, and was promptly re-listed for over two million, but appears not to have sold since then. For an earlier post on 262 18th, read here.

I'd like to say this is an unusual story, but really, it's more of the same.  Any local pols. keeping an eye on this kind of blatant disregard of regulations?

Posted by onemorefoldedsunset at Tuesday, July 26, 2016