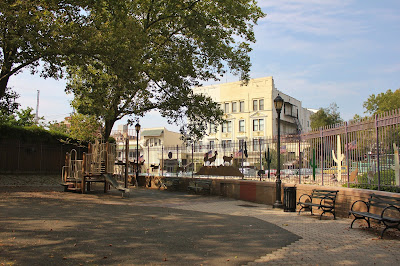 One of the smallest of Robert Moses' fifteen "vest-pocket parks" that abut the Prospect Expressway is the playground on 17th Street between Fifth & Sixth.  Along the fence that separates the playground from the canyon of roaring traffic a succession of animals are set on their own journey. Protected or protectors, barred in by a modern world, or simply following a path older and deeper than the one beside them? They're a weather-beaten bunch, pock-marked with corrosion, coated with mismatched paint. A fox has been given a stain of a heart .  An unknown hand has drawn in faces to several of the other animals, setting them ever more alive.  There's magic in the metal creatures. 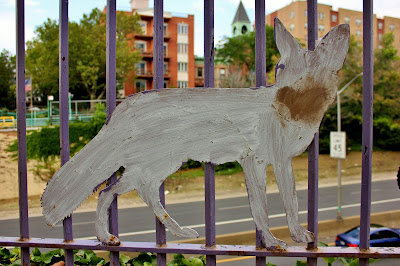 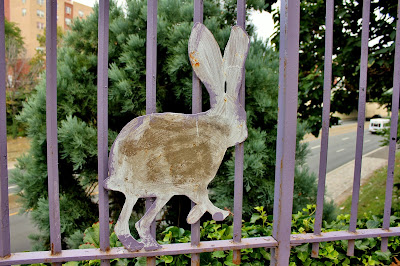 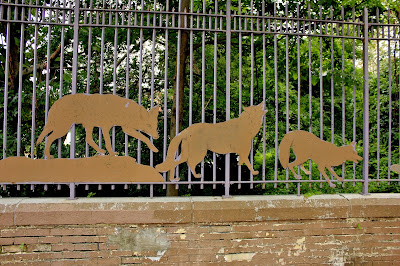 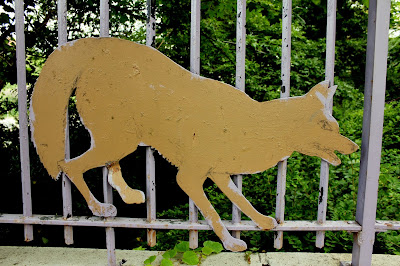 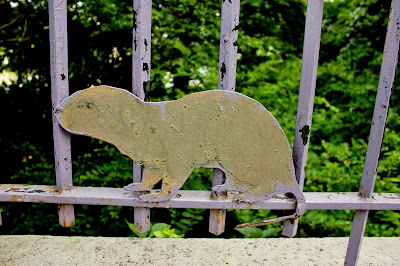 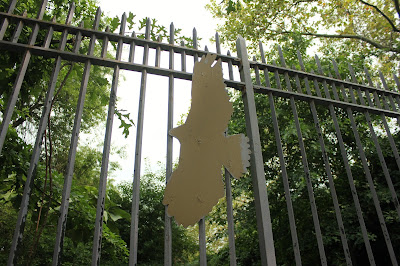 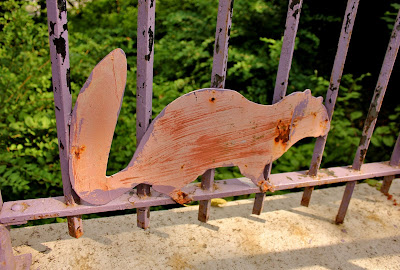 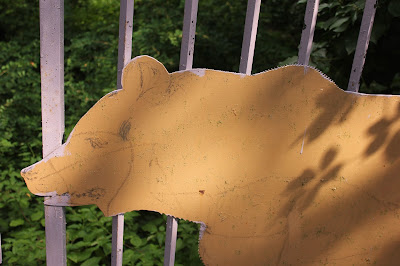 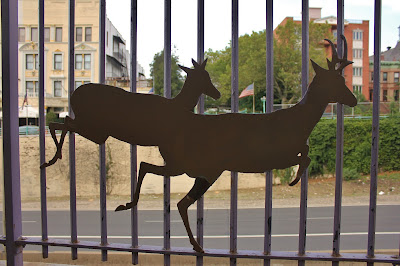 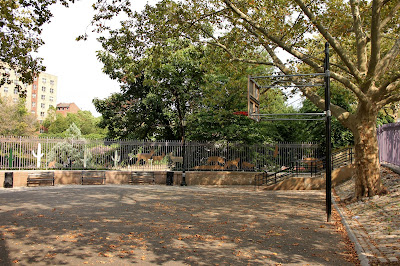 Posted by onemorefoldedsunset at Friday, July 29, 2016