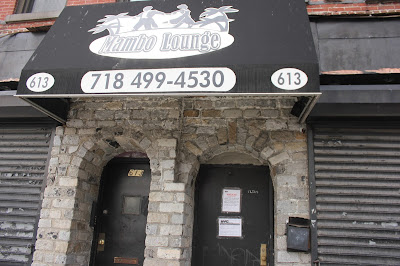 The Mambo Lounge has been shut ever since the November 2010 fire at next-door Associated Suoermarket.  A Vacate was put in place after the fire, due to serious structural damage, along with a violation issued for a helpful "matters not provided." For six years there's been no action at 713 Fifth, and any vacate notice disappeared long ago.  Now a new notice is back, along with a permit for construction and plumbing work.  The permit, dated 23rd June, has not yet appeared on the DOB site. 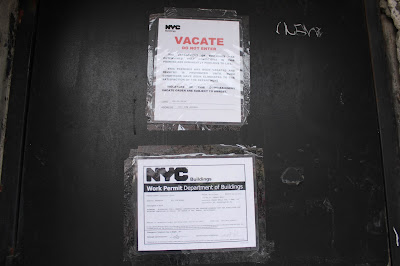 Farther north, at 499 Fifth, last occupied by long-closed Mexican restaurant Camelia, a sign is in the window serving notice for non-payment of rent ($173,000), 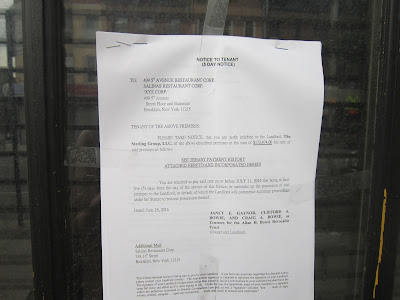 and at 453 Fourth, a retail space in the apartment building bought two years ago by Madison Realty Capital, there's a Marshal's notice of possession.   The most recent business at 435, the Breadfruit Tree Cafe, closed in April, after a difficult tenancy that included the cafe being shrouded in scaffolding during building renovation and (apparently) suffering major flooding. 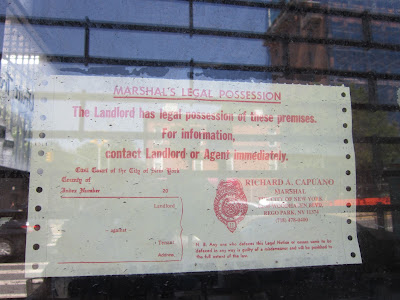 Posted by onemorefoldedsunset at Monday, July 11, 2016