Holding up the Walls 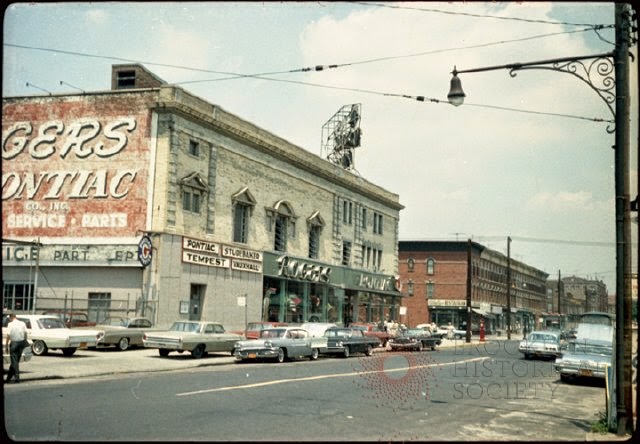 
The impressive building at 6002 Fort Hamilton Parkway, on the Borough Park/Dyker Heights border has been variously used as a dairy processing center for Borden Milk Company, Pontiac showroom (see above), roller rink, and a variety of other smaller businesses. In 2005, the owner, claiming "hardship and changes in the area" applied to convert the building to mixed residential & retail space, with parking, and was granted a variance. Nine years later, 6002 is undergoing a Karl Fischer "alteration" to become a five-storey residential building. 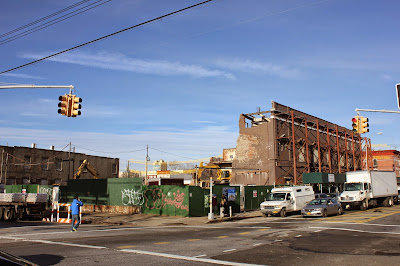 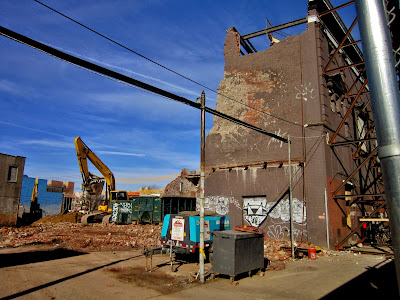 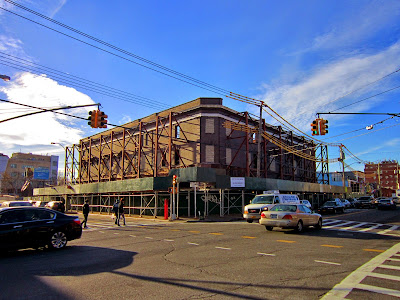 Basically there are just two walls left here, with everything else demolished.  It's good to see a handsome facade like this retained, but to the naive observer, the work permits issued for these kinds of massive jobs seem awfully skimpy.


Posted by onemorefoldedsunset at Saturday, January 03, 2015