Across the Prospect to Greenwood 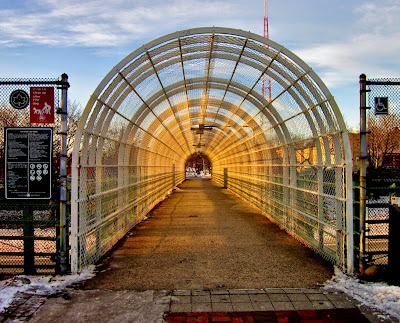 Heading south with the dog, crossing the expressway's a done deal, and more than likely, you'll find yourself at one edge or other of the cemetery's borders. 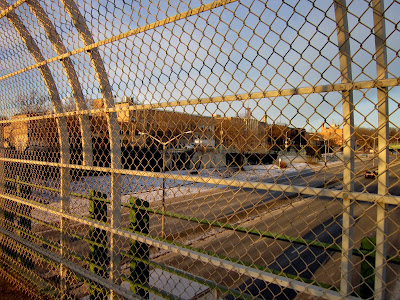 On the other side of the bridge, at the corner of Tenth & 20th, I lifted my pocket camera to take a picture of a building I'd seen in a tax photo, where a business, Aunt Annie's Farm, once operated.  Shot taken, a squirrel appeared, the dog lunged, and the camera made a sickening arc, up, up in the air before hitting the sidewalk with a sharp crack.

The shutter strains to open, and occasionally makes it, but mostly shakes furiously.  The handful of images that manage to appear are grainy blurs .  It's a goner! 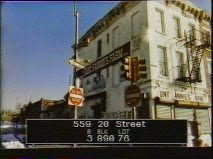 Posted by onemorefoldedsunset at Monday, January 12, 2015