Every so often I check in on the buy-up of property at Fourth Avenue between 15th & 16th Streets (east side).  In the summer I'd read a local blog comment suggesting that a six-building deal was in the works there.  An October tally showed that five of the block's three-family apartment buildings had changed hands in 2014.  Today a little ACRIS search showed that a sixth, 549 Fourth, was sold in mid-December for $2,250,000.  This makes a straight run of sales from 543 to 553, and given the proliferation of high-rise apartment buildings on Fourth, it looks like another behemoth is on the cards here.  I'd guess whoever's amassing this portfolio must be working on the acquisition of the corner building, 541, with its lovely old Uneeda Biscuit sign around the corner on the 15th Street side.  At the southern end of the block, three other buildings may or may not be targeted for development mayhem.  We'll see what 2015 brings. 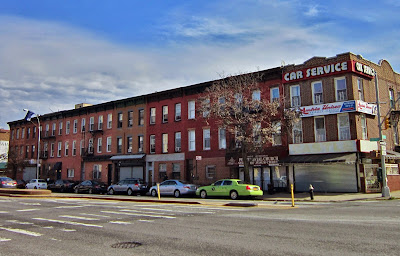 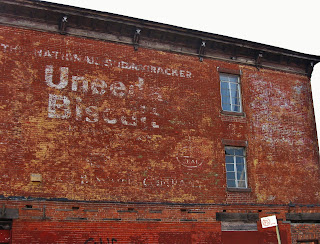 
Posted by onemorefoldedsunset at Thursday, January 01, 2015