On the Big Screen

"An indolent American princeling (Beau Bridges) purchases a dilapidated row house in a black, but changing, Brooklyn neighborhood ... (Park Slope) ... learning something about race and what would be called "gentrification" before retreating back into his money.

This mock bildungsroman, directed by Hal Ashby from Bill Gunn's adaptation of Kristin Hunter's novel, is at once broad and nuanced in its characterizations. (Gunn was also responsible for scripting The Angel Levine's kindred fable of racial tension in a New York tenement.) The Landlord received mixed reviews, in part because of its shifts in tone, from the screwball antics of Bridges's idiotic family to the pathos of Diane Sands's career performance as the tenant with whom the landlord becomes most involved."
J. Hoberman - The Slums of Park Slope (Village Voice)


In my part of the (South) Slope, the 70s would bring instead Shamus (1973), starring Burt Reynolds as a Brooklyn private eye, hired to recover a cache of stolen diamonds.  It may not be as critically significant as The Landlord, but it has terrific location shots of my part of town forty years ago.  Look, there's Burt, heading down Fifth past Timboo's. And there's Burt clambering on the banks of the Gowanus, right where Whole Foods stands today.  And according to Mary Ann Pietanza, a Brooklyn native writing in the Red Hook Star, Burt was a stand-up guy with on-location spectators, friendly, & happy to chat and sign autographs.  I wish this film was available on Youtube too, but we'll have to be content here with a trailer and a coupla stills. 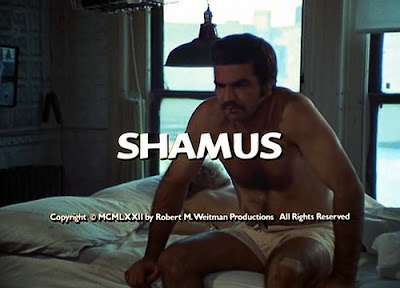 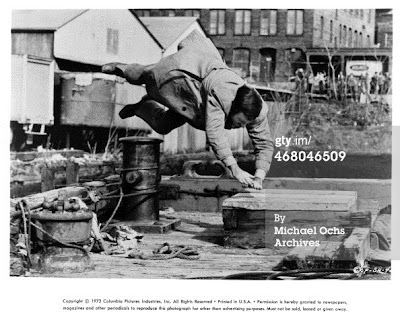 By the Canal (Getty Images)


Posted by onemorefoldedsunset at Friday, December 12, 2014